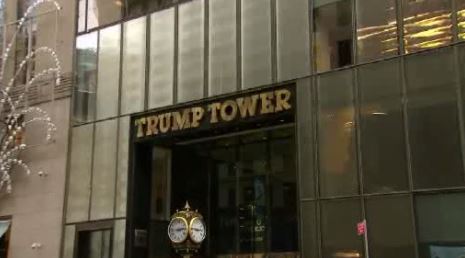 WASHINGTON (AP) — An abandoned proposal to develop a Trump Tower in Moscow during the 2016 presidential election was “solely a real estate deal and nothing more,” the personal lawyer for President Donald Trump told congressional staff on Tuesday.

Michael Cohen was appearing privately before the Senate Intelligence Committee, one of multiple congressional panels investigating Russian interference in the presidential race and potential ties to the Trump campaign. Special counsel Robert Mueller and his team of investigators are conducting their own criminal investigation.

In a prepared statement obtained by The Associated Press, Cohen addressed revelations from last month that the Trump Organization had considered doing business in Russia through a proposed Trump Tower in Moscow around the time of the Republican primaries.

Cohen disclosed details of the deal last month in a statement to the House intelligence committee, saying that he had worked on the real estate proposal with Felix Sater, a Russian-born associate who has claimed to have deep connections to Moscow. Cohen also has said that he emailed Russian President Vladimir Putin’s press secretary after Sater suggested that the proposal would require approvals within the Russian government.

The discussions about the potential development occurred in the fall of 2015, months after Trump had declared his candidacy, and ended early last year when Cohen determined that the project was not feasible.

In his statement Tuesday, Cohen said the proposal was “solely a real estate deal and nothing more.”

The Trump Organization has previously said that the licensing deal “was not significantly advanced” and that no site or financing materialized during the negotiations.

Cohen also denounced allegations from a dossier produced by an opposition research firm, calling the document “lie-filled” and fabricated. He said he had never discussed with any member of the Russian Federation or anyone else a plan to hack into email accounts or to interfere with the election.

“Given my own proximity to the President of the United States as a candidate, let me also say that I never saw anything — not a hint of anything — that demonstrated his involvement in Russian interference in our election or any form of Russian collusion.”