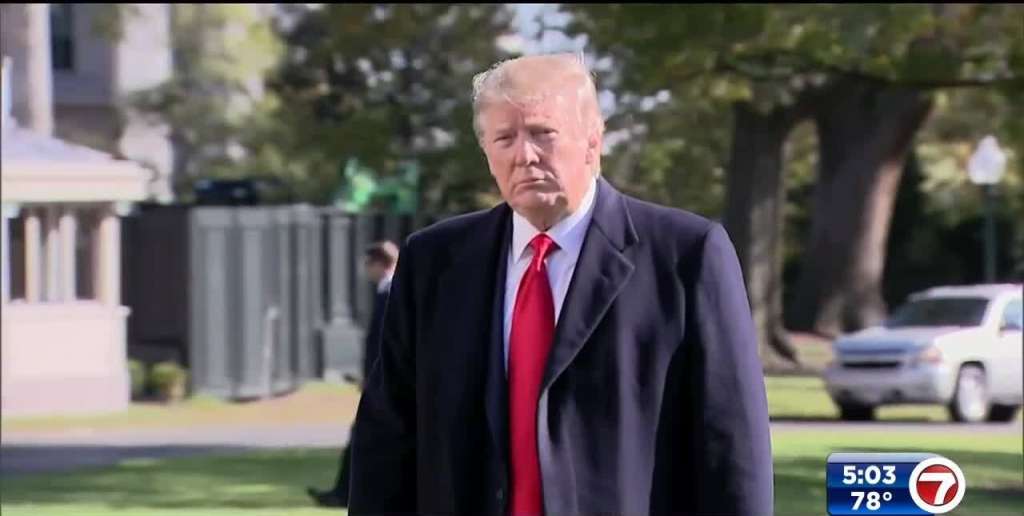 Trump, in his Truth Social post, also mocked McConnell’s wife, Elaine Chao — who was born in Taiwan and served as Trump’s secretary of transportation — referring to her as McConnell’s “China loving wife, Coco Chow!”

Trump’s broadside at McConnell and mockery of Chao came hours after Congress approved and President Joe Biden signed a stopgap funding bill to avert a federal government shutdown. The bill cleared the Senate on a 72-25 vote Thursday and the House on a 230-201 vote Friday.

In addition to money to keep government agencies afloat, the short-term funding measure provides around $12 billion for Ukraine, and it includes funding for disaster relief. The measure funds the government through December 16.

“Is McConnell approving all of these Trillions of Dollars worth of Democrat sponsored Bills, without even the slightest bit of negotiation, because he hates Donald J. Trump, and he knows I am strongly opposed to them, or is he doing it because he believes in the Fake and Highly Destructive Green New Deal, and is willing to take the Country down with him?” Trump wrote. “In any event, either reason is unacceptable. He has a DEATH WISH. Must immediately seek help and advise from his China loving wife, Coco Chow!”

Trump has described congressional Republicans as having a “death wish” before. In late 2020, he backed Democrats’ push for $2,000 coronavirus stimulus checks instead of the $600 checks Republicans had sought. He said on Twitter then: “Unless Republicans have a death wish, and it is also the right thing to do, they must approve the $2,000 payments ASAP. $600 IS NOT ENOUGH!”

It was not clear what bills Trump was criticizing on Friday, or what he meant as he accused McConnell of believing in the Green New Deal, a package of progressive proposals that McConnell blocked from coming to the Senate floor for a vote when he was majority leader.

McConnell this week said he would support legislation that would make it harder to overturn a certified presidential election, an endorsement that will bolster its chances for passage in his chamber and puts him at sharp odds with Trump.

McConnell’s office did not comment on Trump’s remarks on Truth Social.

CNN has reached out to representatives for Trump for comment.

The former President’s attack on McConnell comes just weeks away from the midterm elections, with early voting already underway in some states.

McConnell’s hopes of becoming Senate majority leader depend on whether the candidates Trump endorsed in Republican primaries in several key states — including Arizona, Georgia, Nevada, North Carolina, Ohio and Pennsylvania — win in November.

In a veiled jab at the GOP nominees Trump helped elevate, McConnell at an August event in Kentucky cited “candidate quality” as he downplayed the party’s chances of winning control of the Senate.

Still, McConnell’s political arm, including a McConnell-affiliated super PAC, has pumped tens of millions of dollars into those races, while Trump has largely refrained from spending money to help the candidates he endorsed.