Trump closer to resuming rallies that were halted by virus 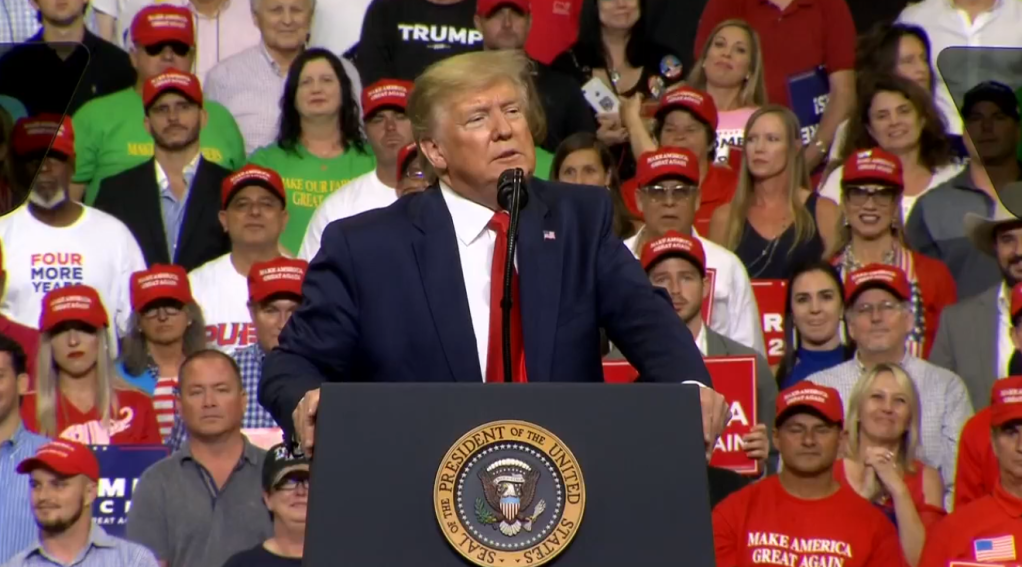 WASHINGTON (AP) — President Donald Trump is aiming to resume campaign rallies in the coming weeks, though the locations and coronavirus precautions still are being worked out.

Trump’s rally schedule came to a sudden halt three months ago when the COVID-19 pandemic largely shuttered the nation, but the president has been eager to get back on the campaign trail and resume the rallies that have been the hallmark of his political career.

The president’s eagerness to resume rallies comes as internal and public surveys show his reelection campaign against Democrat Joe Biden is struggling. He’s also looking for a campaign reset as the nation tries to adjust to a new normal after contending with the virus, a teetering economy and weeks of nationwide protests against racial injustice.

“Americans are ready to get back to action and so is President Trump. The Great American Comeback is real and the rallies will be tremendous,” Trump campaign manager Brad Parscale said Monday in a statement. “You’ll again see the kind of crowds and enthusiasm that Sleepy Joe Biden can only dream of.”

Campaign officials said the precise format and locations for the rallies remain to be determined, as many states — and federal guidelines — still caution against holding mass gatherings, particularly in enclosed spaces. It was unclear what specific precautions would be implemented to protect the 73-year-old president and attendees from the potential spread of the coronavirus at rallies.

Trump rallies traditionally pack tens of thousands of people into arenas or outdoor amphitheaters in conditions that would not meet federal social distancing guidelines.

Trump announced last week that he was pulling the public portions of the 2020 GOP convention from Charlotte after North Carolina would not guarantee that he would be allowed to fill an arena with mask-less supporters. GOP officials are visiting other cities to determine if they could host the president’s acceptance speech when he is renominated.

Some Trump aides have tried to temper the president’s enthusiasm for holding events before large crowds, warning of negative media coverage should any attendees subsequently come down with the virus.

For most people, the coronavirus causes mild or moderate symptoms, such as fever and cough, that clear up in two to three weeks. For some, especially older adults and people with existing health problems, it can cause more severe illness, including pneumonia, and death. The coronavirus has killed more than 110,000 Americans in a matter of months.

Trump is set to resume campaign fundraisers this week, with smaller high-dollar events in Dallas and at his private club in New Jersey. The roughly two dozen attendees at each fundraiser will be administered COVID-19 tests before entering the events, which will also benefit the Republican National Committee.