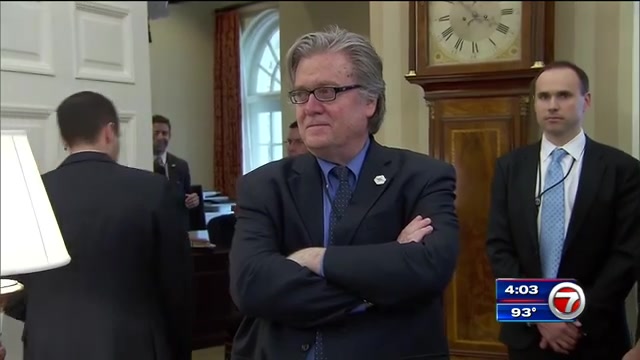 (CNN Money) — Steve Bannon, former chief strategist to President Trump, has stepped down from Breitbart, the far-right website he returned to over the summer as executive chairman after being ousted from the White House.

The website announced the news Tuesday afternoon in a short article posted to the site.

“I’m proud of what the Breitbart team has accomplished in so short a period of time in building out a world-class news platform,” Bannon is quoted as saying in the article.

Neither Bannon nor a spokesperson for Breitbart immediately responded to a request for comment.

Bannon drew the ire of the White House last week when The Guardian revealed that author Michael Wolff quoted him in his book “Fire and Fury” as saying a Trump Tower meeting involving Donald Trump Jr., Jared Kushner, and a Russian lawyer during the 2016 campaign was “unpatriotic” and perhaps “treasonous.”

Trump responded at the time by slamming Bannon in a fiery statement, saying Bannon had “lost his mind.”