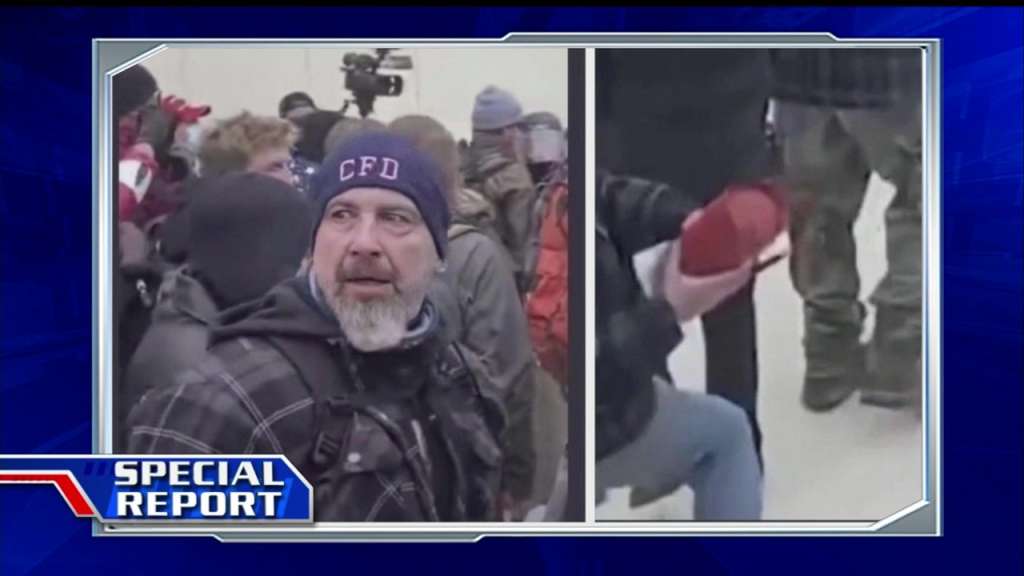 WASHINGTON (WSVN) — Authorities have released photos of a man wanted for questioning in connection to the riot at the Capitol.

Sen. Bill Cassidy tweeted the photos that he said were shared with him by Capitol Police. Cassidy initially said the man is wanted for questioning in connection to the death of 42-year-old Officer Brian Sicknick. However, he later walked back his initial statement, saying investigators informed him the man is a person of interest in a separate incident that occurred at the Capitol.

Capitol Police has informed me this individual is a person of interest, but for a separate incident that occurred at the Capitol on Jan. 6th. Please direct any information to: https://t.co/rl0XXPPml6 https://t.co/qUeQ1mO7w7

The U.S. Capitol Police said in a statement that Sicknick was injured “while physically engaging with protesters” during the Wednesday riot.

Authorities said Sicknick was hit in the head with a fire extinguisher and later died.

The FBI said they are treating the events on Capitol Hill like any other counter terror investigation, and they expect hundreds of people to be charged in the near future. They also said they have received over 100,000 media files and have more than 160 case files open.

“Even if you’ve left D.C., agents from our local field offices will be knocking on your door,” FBI Agent Steven M. D’Antuono said. “We shared intelligence through the JTTF model, and we also shared it through our command post structure and also through other means. They have access to our information.”

The announcement came one day after an article in the Washington Post stated that one day before the deadly riot consumed Capitol Hill, the FBI issued an explicit warning that extremists were planning to travel to Washington to commit violence and “war.”

It contradicts a senior official, according to the Washington Post, who said they were unaware of the scale of what may take place.

Anyone with information on the man’s identity in the picture is asked to call the FBI at 1-800-225-5324, or submit information online.