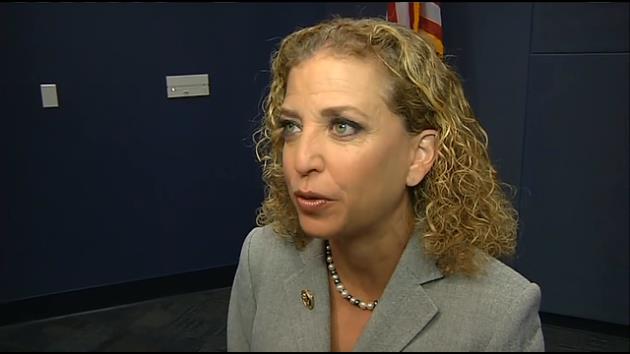 MIAMI (AP) — Democratic National Committee chairwoman Debbie Wasserman Schultz is literally getting a run for her money by her South Florida primary opponent, thanks to Democratic presidential candidate Bernie Sanders.

Tim Canova, a university law professor running his first political campaign, announced Monday that he raised more than $250,000 after Sanders endorsed his campaign over the weekend. About $225,000 alone came from a fundraising email sent by the Sanders campaign. Small donors sent in another $65,000 since Sunday. The average contribution: $17.63, according to the Canova campaign.

“Like Bernie, we are running a campaign that is funded by working Americans, not corporations or wealthy elites,” said Canova in a statement touting his latest haul in contributions.

Canova, sounding very much like Sanders, said his army of small donors “overwhelmingly believe that our political and economic systems are rigged in favor of the billionaire class and establishment politicians like Wasserman Schultz.”

Sanders has been feuding with Wasserman Schultz and the DNC, saying both are favoring Democratic front-runner Hillary Clinton. He has criticized the party for scheduling debates on weekend nights, for having many closed primaries and for its super delegate system that helped Clinton pad her lead. Sanders trails Clinton in the primary.

On Saturday, Sanders told CNN that he favors Canova in Florida’s 23rd congressional district and said, if he’s elected president, “she would not be reappointed to be chair of the DNC.”

But money matters and Canova has shown he’s got the ability to raise lots of it, even without Sanders’ help. He has already raised more than $1 million since launching his congressional campaign in January.

Wasserman Schultz has held the seat since 2005.