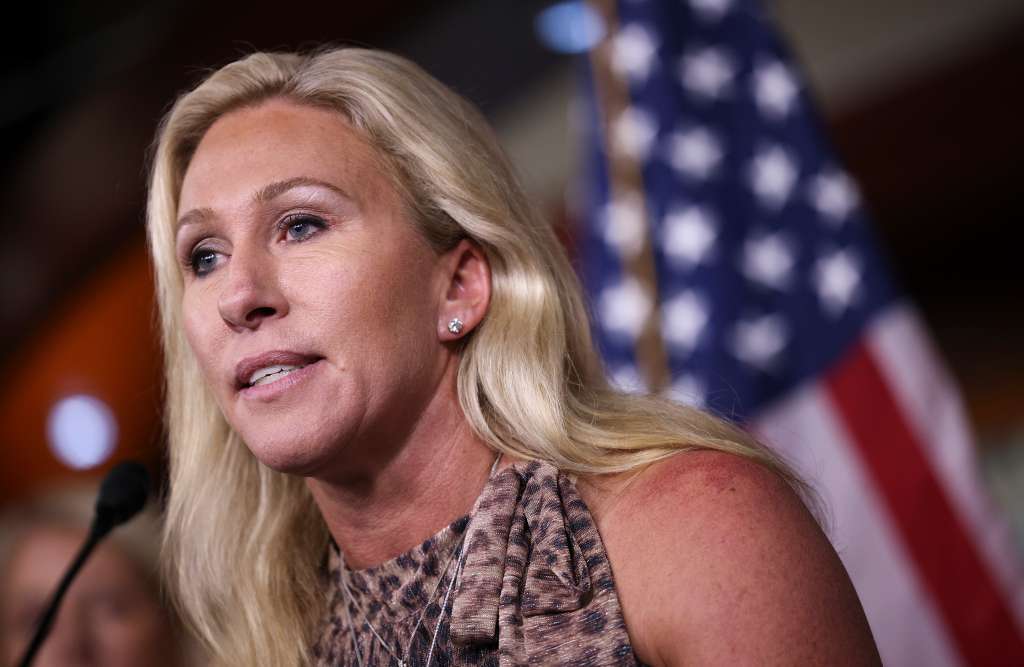 WASHINGTON, DC - SEPTEMBER 22: Rep. Marjorie Taylor Greene (R-GA) speaks at a news conference about the National Defense Authorization Bill at the U.S. Capitol on September 22, 2021 in Washington, DC. The Freedom Caucus announced they will not support the military funding bill, saying it does not hold President Biden accountable for the Afghanistan withdrawal, it undermines homeland security and they oppose the female draft amendment to the bill. (Photo by Kevin Dietsch/Getty Images)

Greene’s ban comes almost a year after the platform banned former President Donald Trump in the wake of the deadly January 6 insurrection.

This story is breaking and will be updated.