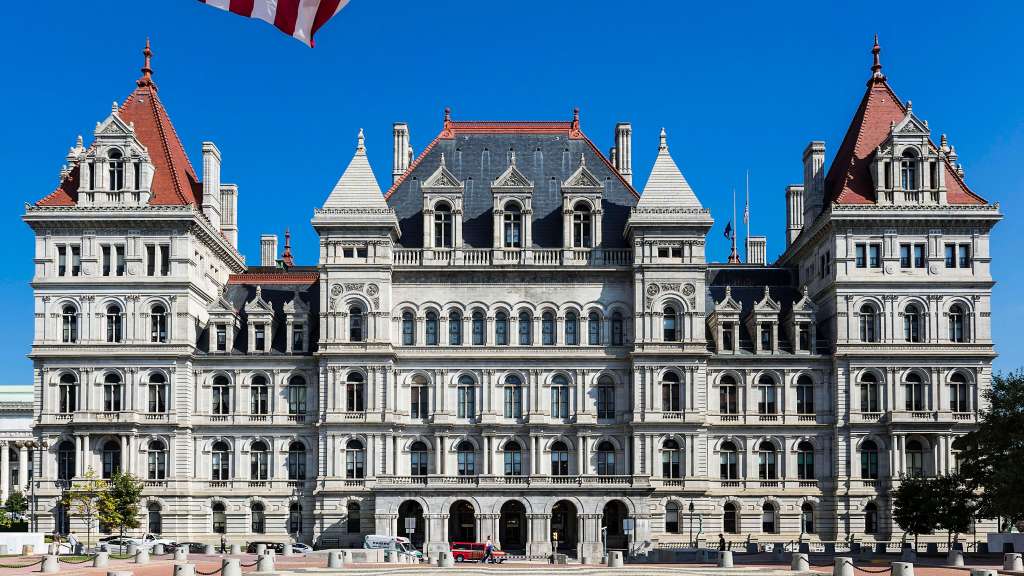 (CNN) — New York state lawmakers passed several bills on Thursday to tighten state gun laws, including a bill that would raise the minimum age to 21 to buy a semiautomatic rifle.

Lawmakers also passed a bill that would ban civilians from purchasing bullet-resistant vests, unless the individuals worked in law enforcement or other, specific professions. Another bill passed by lawmakers would broaden the “red flag” law, expanding the list of people who can file for extreme risk protection orders, which allow courts to temporarily seize firearms from anyone believed to be a danger to themselves or others.

The measures were expected to pass in the Democratic-controlled state Senate and Assembly after they were announced by Gov. Kathy Hochul Tuesday. Hochul, a Democrat, has signaled that she will sign the bills, and CNN has reached out to Hochul’s office for additional details.

The bills’ passage come nearly three weeks after 10 people were killed in a racially motivated shooting at a supermarket in Buffalo and as the nation grapples with a string of mass shootings since that has amplified calls for stricter gun laws.

New York State Senate Majority Leader Andrea Stewart-Cousins said by passing the 10-bill package, “we are sending a message that this path of gun violence is unacceptable and we need real change,” in a tweet on Thursday.

Hochul thanked members of the State Senate and Assembly for their work.

“We cannot be satisfied by New York’s already tough gun laws,” Hochul said in a statement. “Shooting after shooting makes it clear that they must be even stronger to keep New Yorkers safe. This comprehensive package will close loopholes, give law enforcement the tools they need to prevent easy access to guns, and stop the sale of dangerous weapons to 18-year-olds.”

“Even as we take action to protect New Yorkers, we recognize that this is a nationwide problem. I once again urge Congress to seize this moment and pass meaningful gun violence prevention measures,” she said. “We have no time to waste.”

Discussions on a federal response are taking place among congressional members, with the Democratic-controlled House looking to pass a wide-ranging bill that stands little chance of passing the evenly controlled Senate, and US senators talking about at strengthening state red flag laws.