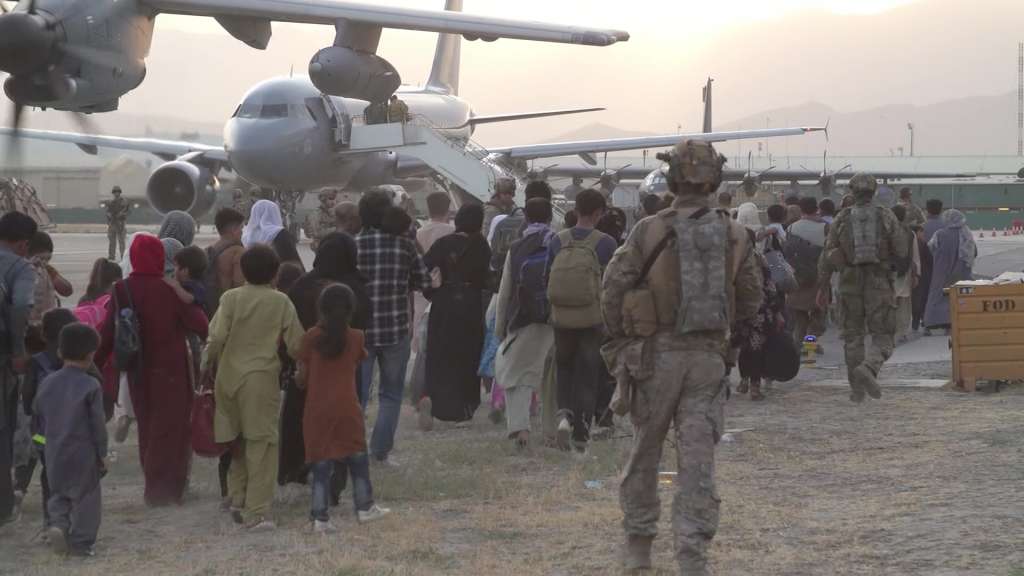 SAN DIEGO (AP) — More than 30 California children are stuck in Afghanistan after they traveled to the country to see their relatives weeks before the Taliban seized power and were unable to get out before U.S. forces left, according to school districts where the kids are enrolled.

Officials with three school districts — one in the San Diego area and two in Sacramento — said Wednesday that they have been in contact with the families who fear they have been forgotten by the U.S. government. The officials said that some of the children were born in the United States and are U.S. citizens.

Nearly all of the children returned to Afghanistan with one or both parents in the spring or early summer to visit relatives. The families traveled on their own to the country and were not part of any organized trips.

Many of the families arrived in the U.S. years ago after obtaining special immigrant visas granted to Afghans who had worked for the U.S. government or U.S. military over the past two decades.

Some of the families told school district officials that they had made attempts to get on planes at the airport in Kabul but were unable get through Taliban checkpoints or through the throngs of Afghans surrounding the airport over the past two weeks. The U.S. ended its evacuation efforts and withdrew its forces on Monday.

In Sacramento, the San Juan Union School District said it had identified 27 students from 19 families enrolled in the district who said they have been unable to get out of Afghanistan and return home.

“These numbers continue to change rapidly,” Raj Rai, a district spokeswoman said in an email to The Associated Press on Wednesday. “We believe that some of these families may be in transit out of Afghanistan, as we have not been able to reach many of them in the last few days.”

Rai said the district was working with elected officials to help the families leave the country.

“San Juan Unified stands with our Afghan community and all those whose loved ones are currently in Afghanistan,” she said. “We sincerely hope for their speedy and safe return back to the U.S. and back to our school communities.”

The nearby Sacramento City Unified School District said an Afghan immigrant family with three children enrolled at Ethel I. Baker Elementary had contacted the district to ask for help in getting out of the country.

“The only word I can say is heartbreaking,” said district spokeswoman Tara Gallegos.

In the Cajon Valley Union School District in a San Diego suburb with a large refugee population, eight families reached out to their children’s schools before classes started Aug. 17 to report that they were having trouble leaving Afghanistan.

Republican Rep. Darrell Issa of California worked with the district and U.S. government officials and seven of the families have since made it out of Afghanistan. Most are now back home in the city of El Cajon and some of the students returned to class on Monday.

District officials were in contact with family members, he said, and trying to help them get out.