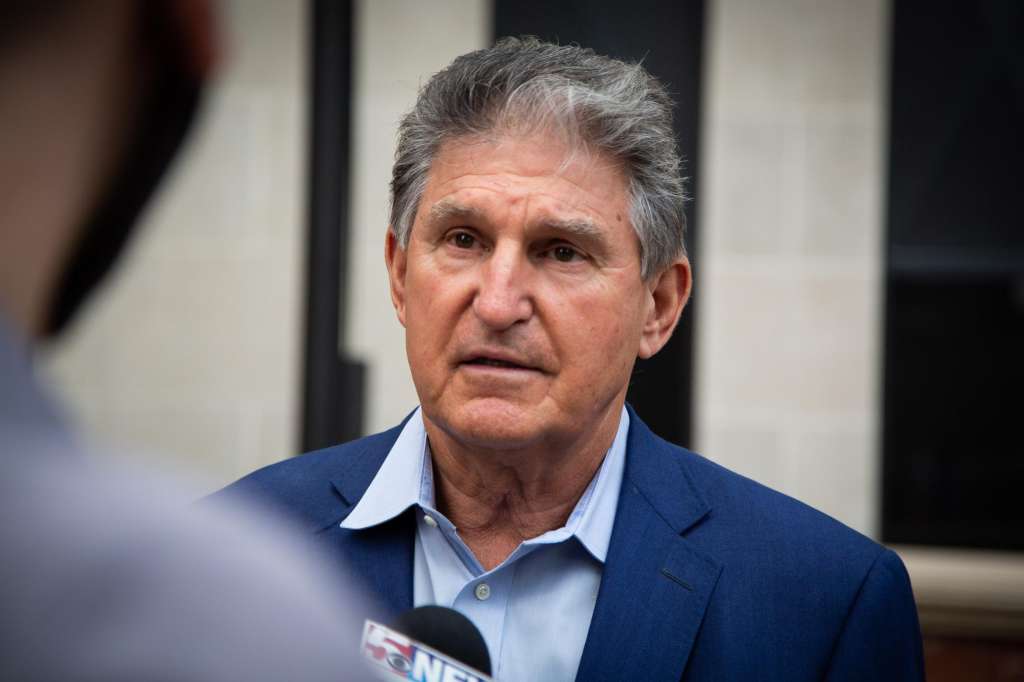 WASHINGTON (AP) — Democrats should delay President Joe Biden’s signature economic package until later this summer, Sen. Joe Manchin said Friday, a demand that would jeopardize the party’s environment and tax goals and postpone a congressional showdown over the plan until the cusp of November’s elections.

The pivotal West Virginia Democrat told a statewide radio show that if party leaders want to plan votes on the still-emerging measure this month, they should limit it to provisions curbing pharmaceutical prices, extending soon-to-expire federal health care subsidies and reducing federal deficits.

That would mean excluding other top goals the party has pursued under Biden. Those include prompting a shift from fossil fuels to cleaner energy sources and paying for its priorities by taxing the wealthiest Americans and companies. Party leaders have hoped to achieve those initiatives in time to flash them before voters ahead of elections in which Republicans could win control of Congress.

Manchin spoke a day after he told Senate Majority Leader Chuck Schumer that he could not support a bill now that would include other party goals like battling climate change and raising taxes on the wealthy and large corporations, according to a Democrat briefed on those talks. The two lawmakers have been negotiating for months over a package that’s been expected to reach around $1 trillion over 10 years, with about half used to reduce federal deficits.

Manchin said Democrats should wait until July figures on inflation are available, which would occur in August. He also wants lawmakers to assess the next actions the Federal Reserve will take on interest rates as it struggles to tame rising prices while avoiding a recession.

“Let’s wait until that comes out so we know we’re going down the path that won’t be inflammatory to add more to inflation,” Manchin said on “Talkline,” a West Virginia talk radio show hosted by Hoppy Kercheval.

Support from Manchin, one of his party’s more conservative members of Congress, will make or break any measure Democrats can produce in the evenly divided Senate. While he has expressed concerns for months about moving ahead with a measure that could intensify inflation, his latest demands come days after the government said consumer costs rose last month at an annual rate of 9.1%, the steepest increase since 1981.

Democrats want to reach agreement on a package and push it through Congress before lawmakers begin an August recess. The measure faces certain unanimous opposition from Republicans.

Delaying action until after the break would leave Democrats facing a dangerously ticking clock. Special budget powers expire Oct. 1 that would let them push the legislation through the 50-50 Senate over solid GOP opposition with Vice President Kamala Harris’ tie-breaking vote.

That would pose a risk that any Democratic absences because of COVID-19 or any other reason would leave them short of the votes they need. It would also push congressional action until just weeks before the November elections, when any votes can be quickly spun into a damaging campaign attack ad.