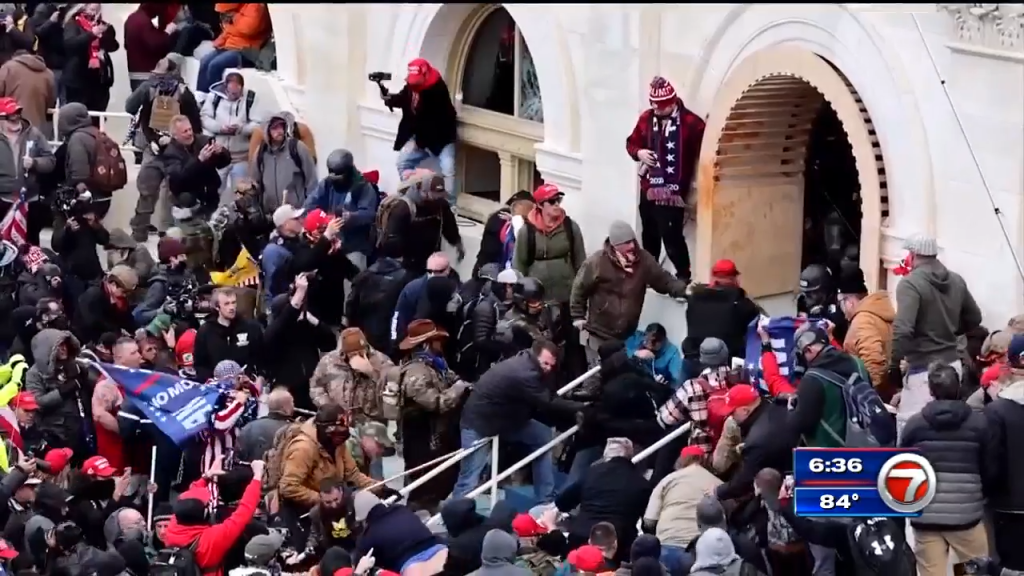 WASHINGTON (AP) — The House on Thursday narrowly approved $1.9 billion to bolster security at the Capitol after the Jan. 6 insurrection, as Democrats pushed past Republican opposition to harden the complex with retractable fencing and a quick-response force following the most violent domestic attack on Congress in history.

The bill’s 213-212 passage came a day after the House approved the formation of an independent commission to investigate the deadly mob siege by President Donald Trump’s supporters, who battled police to storm the building in a failed attempt to overturn Democrat Joe Biden’s election.

The two measures now face an uncertain outcome in the evenly divided Senate as most Republicans objected to both — and as some liberal Democrats opposed the security money.

“We have a major political party in the country that’s ignoring it — we’re trying to solve a problem, they clearly don’t want to sit down and talk about it,” said Rep. Tim Ryan, D-Ohio, chairman of an appropriations subcommittee handling legislative branch security.

House Appropriations Committee Chairwoman Rosa DeLauro recalled her own experience being trapped in the House gallery that day as the attackers tried to break in, calling her husband to tell him she was OK after Capitol Police told her to duck on the floor.

“This bill is not about politics, it’s not about settling scores,” DeLauro said. “It’s about ensuring that every person who comes into the Capitol is safe and is protected.”

Though some Republicans supported the measure, most voted against it, arguing that it is too expensive and that no fencing is needed. Many of them said they should be spending money on border security, not Capitol security.

Rep. Lance Gooden, R-Texas, argued that Democrats would rather spend money on a wall “around this building in D.C.” than they would on finishing a border wall advocated by Trump.

Some Democrats opposed the added security measures as well. Minnesota Rep. Ilhan Omar said just before the vote that she had “not been convinced of the importance of the money.”

Months in the making, the emergency spending package incorporates the recommendations from an outside panel of experts to beef up security after the violent mob attack.

Already, National Guard troops have been protecting the building for months and public access is severely limited. Though razor-wire-topped fencing that stood as a stark reminder of the siege has been removed, an extended perimeter fence remains in place, cutting off access to the lush grounds that have been popular with visitors.

The bill includes money for new fencing — either retractable or “pop in,” according to Democrats — that would protect the grounds while removing the current perimeter. The legislation says the money cannot be used to install permanent above-ground fencing, reflecting the wishes of most members of Congress that the area should be open to the public.

Other improvements would be to better secure windows and doors, install new security vestibules and cameras, and protect members with increased security at home and in Washington, as threats against them have doubled in the last year. There is also money to protect federal judges who are prosecuting the rioters and have received threats, and to repay the Capitol Police and other federal agencies for their efforts on Jan. 6.

The legislation renames a wellness program for Capitol Police as the Howard C. “Howie” Liebengood Center for Wellness and adds mental health counselors and resilience specialists for trauma support. Liebengood was a Capitol Police officer who took his own life shortly after the attack.

Some lawmakers have raised objections to the proposal for the National Guard to maintain a “quick response force” nearby — an effort to improve response time after it took hours for Guard troops to arrive on Jan. 6 as officers were being brutally beaten by the rioters.

Leading Republicans on the armed services committees in the House and Senate oppose relying on the troops for the work of protecting the Capitol, a sentiment shared by many members who have pushed to open the reopen the Capitol grounds immediately.

Democrats said they, too, are uneasy with many of the military-like measures, but say they have little choice but to protect the building. The delays in sending the Guard to the Capitol have been blamed in part for the failure to contain the violence. Five people died, including a Trump supporter shot and killed by police as she tried to climb through a broken window to access the House chamber, and a police officer who fought off the mob and died later.

“We’ve never had a quick response for us here, you know, we’ve never had an insurrection either,” Ryan said. “So thinking has to evolve in order to try to solve some of these problems.”