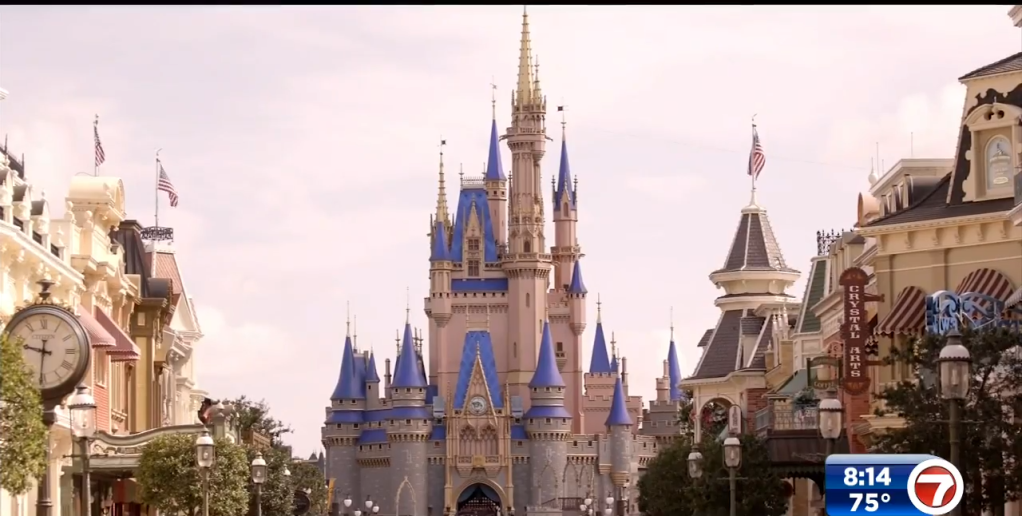 (CNN) — American businesses could soon find themselves stuck between employees’ demands for abortion access and Republican politicians’ increasingly hostile attitudes toward Corporate America. Companies may ultimately be forced to pick a side.

Corporations, once a reliable supporter of Republican politicians and issues, have recently grown out of step with the GOP — particularly since the Trump administration took over the White House in 2017. Issues such as trade policy, LGBT+ rights, health care, voting rights, reproductive issues and democratic values have driven a wedge between companies — with increasingly younger and socially active employees — and Republican lawmakers.

A leaked draft opinion by the Supreme Court shows that a majority of the court’s justices appear poised to overturn Roe v. Wade, the landmark 1973 decision that guaranteed a woman’s right to an abortion. These developments will likely exacerbate the situation.

Republicans currently campaigning in primary elections have found traction in portraying large corporations as liberal and elitist. They’ve created campaigns calling for bans on firms they label as “woke.”

Last year, companies that spoke in favor of protecting voting rights for citizens in Georgia, Florida and Texas were threatened with “consequences” by some elected officials.

Most recently, Disney’s opposition to a Florida law that prohibits discussions of gender identity in public schools enraged Republican Governor Ron DeSantis and prompted him to revoke the company’s special operating privileges in the state.

The vast majority of Americans support the right to abortion access. Yet the Supreme Court’s potential action against Roe v. Wade could create a situation in which as many as 26 states could ban abortion. That could mean millions of women seeking an abortion would be suddenly unable to afford to travel to a state that allows the procedure.

Companies will therefore face a difficult choice: stand up for their employees and face possible consequences from Republicans — or remain silent and face a potential worker exodus.

“Wait and see” no more

Many have decided to wait to see how the Supreme Court rules on the issue before taking a public stance, with most expecting that Roe would likely remain in place. “Hope was the strategy,” Johndrow said. Now they need to weigh in as red-state employees who support the right to choose look to their companies for action.

“Big corporations have spent decades advocating for women’s equality in the workplace and abortion ban laws are a direct threat to that,” he said. “Companies are going to have to deal with their own employees demanding action, and answers for donations made to politicians who support the bans.”

Florida as a bellwether

As corporations look to DeSantis and Disney’s feud, they will decide whether or not to speak out against particular politicians and anti-choice legislation.

“There will probably be a lot of Floridas,” Johndrow said. “Companies have negotiated special privileges from tax payments and moved their headquarters accordingly,” but state politics can change that calculus, and those savings may not be worth alienating a workforce, he added.

There’s also a chronic shortage of labor, and skilled workers come at a premium, said Ray Perryman, president and CEO of the Perryman Group, an economic research and analysis firm. “When companies weigh profitability, it’s going to be in their economic interest to speak out on behalf of their employees and deal with political consequences.”

Corporations have been somewhat quiet on abortion restrictions recently. Texas passed a near-total abortion ban in September but very few companies took a clear stance on the bill. Texas is home to nearly 10% of all Fortune 500 companies.

Bumble, the dating app company, created a fund to support “the reproductive rights of women and people across the gender spectrum who seek abortions in Texas.”

Lyft and Uber said they would create legal defense funds to protect drivers who might be sued under the Texas law for driving a person who receives an abortion.

Salesforce announced that it would assist its employees and their families if they want to leave Texas, and a number of companies including Apple, Citi and Yelp said they would pay for employees to travel to receive abortion care elsewhere.

In 2019, over 180 CEOs signed an open letter titled “Don’t Ban Equality” that described anti-reproductive-freedom laws as bad for business and was published as an advertorial in The New York Times. A second letter “Don’t Ban Equality in Texas” was signed by about 80 companies, including Netflix and Yelp, last year.

There’s a chorus of “Don’t Ban Equality” signers who are ready to speak out, said Jen Stark, senior director at Tara Health Foundation, the organization behind the letter. But there are also a number of companies waiting in the wings. “We’ve been in touch with so many of them over the past 12 hours and it’s a seachange,” she said. These next few weeks, before the Supreme Court issues its official ruling, is when company advocacy can make the greatest impact, she added.

“Is it too little too late? I have to hope not,” Stark said. “I have to think that the private sector is the last firewall here.”