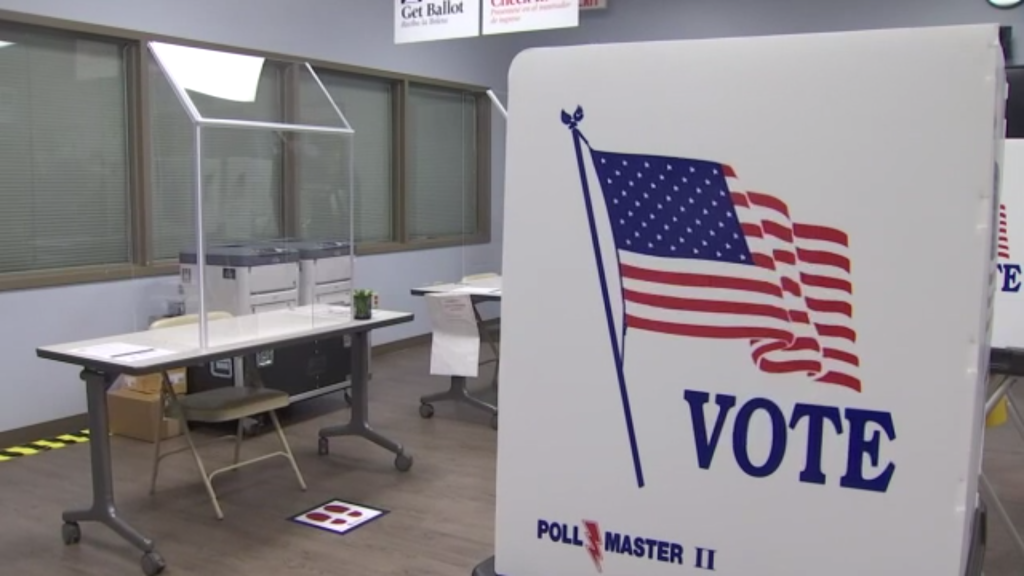 TALLAHASSEE, Fla. (AP) — Democrats, voting rights advocates and the county officials responsible for running elections in Florida appeared powerless to halt moves by Republican lawmakers on Tuesday to tighten the ways in which citizens can cast ballots.

As Florida gears up for another round of elections in 2022 — headlined by nationally watched races for governor and U.S. Senate — the changes could be far from inconsequential in a state famous for razor-thin contests.

A final Senate committee on Tuesday endorsed a measure that Republicans argue will make voting more secure by enacting new voter ID and signature requirements, restricting who can return completed ballots and placing new rules on ballot drop boxes — unnecessary changes, Democrats contend, that will only complicate the voting process.

Florida Republicans are making the push even as neighboring Georgia faces a backlash over its new voting restrictions, which limit ballot drop boxes, impose tougher ID requirements and prohibit giving food and water to people in line.

“A lot’s been said about this bill, and I understand that elections are controversial and I understand that there’s a fear we are trying to take away the right of people to vote. I also want you to know that is not the motivation of the bill,” said Sen. Dennis Baxley, the Republican bill sponsor.

A similar House bill cleared its final committee on Monday. Both versions now head for floor votes in chambers controlled by Republican majorities before negotiations begin to align the bills. The House bill, unlike the Senate’s, would ban groups from distributing food and water to voters waiting in line.

The stakes could not be higher in a state that had been mired in election fiascos before touting itself as a national model last year. Millions of so-called absentee voters participated during the pandemic, casting ballots by mail or submitting their ballots at drop boxes outside elections offices or at early voting sites.

In all, some 4.8 million Floridians voted by mail in November, a record number that accounted for about 44% of the 11 million votes cast.

In the end, Florida Democrats outvoted Republicans by mail by 680,000 more absentee ballots. President Donald Trump still won Florida by about 3%, but the Democratic advantage prompted alarm among Republicans who long had the upper hand in absentee voting.

The proposals would require those who use ballot drop boxes to present an ID before they can submit their completed ballot — a requirement that does not apply to ballots delivered by the U.S. Postal Service.

They would also limit who can return absentee ballots for voters who cannot physically do so themselves, to prevent so-called “ballot harvesting” by groups who Republicans fear could tamper with ballots or not deliver them — assertions that Democrats and voter rights groups have called unfounded.

“I think they are trying to complicate voting. they are tying to confuse voters. None of this was ever a concern before,” said Patricia Brigham, the president of the League of Women Voters of Florida.

Civil rights groups contend that the proposals, if signed into law, could reduce electoral participation by Black voters and those who are not regular voters.

The new rules, if enacted, would require anyone conducting once-routine transactions, like updating registration information, to submit an identification number, such as a partial Social Security number.

They would also limit what information elections officers use to match signatures, by requiring them to use the most recent ink signature on file, instead of using an array of previous signatures that might capture some of the variances in how people sign their names.

That could lead to more ballots being rejected, according to elections officials.

During Tuesday’s Senate committee hearing, a lone Republican voted against the proposal, noting that the group representing the state’s 67 county elections supervisors oppose the bill.