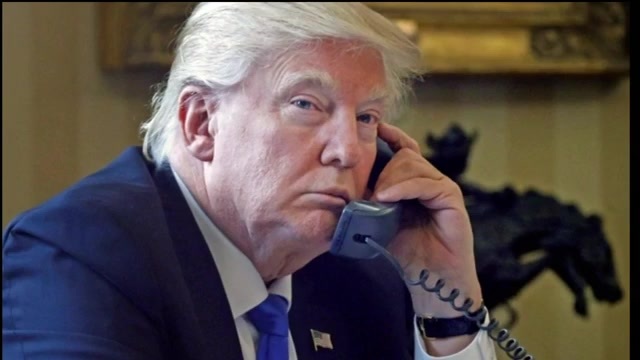 “At bottom, this is a dispute between a former and incumbent President,” Chutkan wrote. “And the Supreme Court has already made clear that in such circumstances, the incumbent’s view is accorded greater weight.”

Biden largely waived executive privilege on documents held by the White House. The records that would be given to the committee include call logs, drafts of remarks and speeches and handwritten notes from Trump’s then-chief of staff, Mark Meadows, according to a court filing by the National Archives. There are also copies of talking points from then-press secretary Kayleigh McEnany and “a draft Executive Order on the topic of election integrity,” the National Archives has said.

Trump is expected to appeal the ruling and it is likely to eventually reach the U.S. Supreme Court.

The House committee was formed to investigate the circumstances behind the deadly insurrection in which supporters of the former president sought to overturn his loss in the 2020 election. Trump has repeatedly attacked the committee’s work and continued to promote unfounded conspiracy theories about the election.

In suing to block the National Archives from turning over documents, Trump called the House panel’s request a “vexatious, illegal fishing expedition” that was “untethered from any legitimate legislative purpose.” Allowing the House to get access to his records would damage executive privilege for future presidents, Trump’s lawyers argued.

She added that “the public interest lies in permitting — not enjoining — the combined will of the legislative and executive branches to study the events that led to and occurred on January 6, and to consider legislation to prevent such events from ever occurring again.”