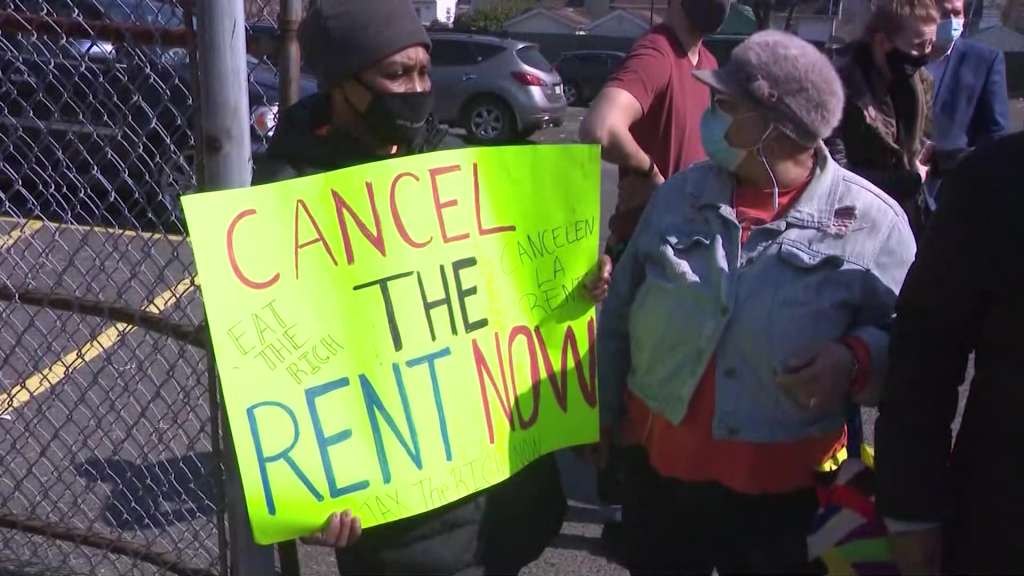 WASHINGTON (AP) — A federal appeals court on Friday said a pause on evictions designed to curb the spread of the coronavirus can remain in place for now, setting up a battle before the nation’s highest court.

A three-judge panel of the U.S. Court of Appeals for the District of Columbia rejected a bid by Alabama and Georgia landlords to block the eviction moratorium reinstated by the Centers for Disease Control and Prevention earlier this month.

The landlords filed an emergency motion hours later with the Supreme Court, urging the justices to allow evictions to proceed.

The Supreme Court voted 5-4 in June to allow the moratorium to continue through the end of July. But Justice Brett Kavanaugh — who joined the majority — warned the administration not to act further without explicit congressional approval.

“As five Members of this Court indicated less than two months ago, Congress never gave the CDC the staggering amount of power it claims,” attorneys for the landlords told the Supreme Court on Friday.

In a short written decision, the appeals court panel said the court had rejected a similar bid and a lower court also declined to overturn the moratorium.

“In view of that decision and on the record before us, we likewise deny the emergency motion directed to this court,” the judges said in the ruling.

The Biden administration allowed an earlier moratorium to lapse on July 31, saying it had no legal authority to allow it to continue. But the CDC issued a new moratorium days later as pressure mounted from lawmakers and others to help vulnerable renters stay in their homes as the coronavirus’ delta variant surged. The moratorium is scheduled to expire Oct. 3.

As of Aug. 2, roughly 3.5 million people in the United States said they faced eviction in the next two months, according to the Census Bureau’s Household Pulse Survey.

The new moratorium temporarily halted evictions in counties with “substantial and high levels” of virus transmissions and would cover areas where 90% of the U.S. population lives.

The Trump administration initially put a nationwide eviction moratorium in place last year out of fear that people who can’t pay their rent would end up in crowded living conditions like homeless shelters and help spread the virus.

President Joe Biden acknowledged there were questions about the legality of the new eviction freeze. But he said a court fight over the new order would buy time for the distribution of some of the more than $45 billion in rental assistance that has been approved but not yet used.

In urging the appeals court to keep the ban in place, the Biden administration noted that the new moratorium was more targeted than the nationwide ban that had lapsed, and that landscape had changed since the Supreme Court ruling because of the spread of the highly contagious delta variant.

The landlords accused Biden’s administration of caving to political pressure and reinstating the moratorium even though it knew it was illegal.

“In light of the Executive Branch’s statement that its litigation efforts are designed to buy time to achieve its economic policy goals — and the fact that landlords are now subject to federal criminal penalties for exercising their property rights depending on where they do business — applicants respectfully ask this Court to issue relief as soon as possible,” their lawyers told the Supreme Court.

A lower court judge ruled earlier this month that the freeze is illegal, but rejected the landlords’ request to lift the moratorium, saying her hands were tied by an appellate decision from the last time courts considered the eviction moratorium in the spring.

White House press secretary Jen Psaki said in a statement Friday that the rise of the delta variant made the continuing moratorium “vitally important” and she praised the appeals court decision. Psaki called on state and local officials to “move more aggressively” in distributing rental assistance funds and urged state and local courts to issue their own moratoriums to “discourage eviction filings” until landlords and tenants have sought the funds.