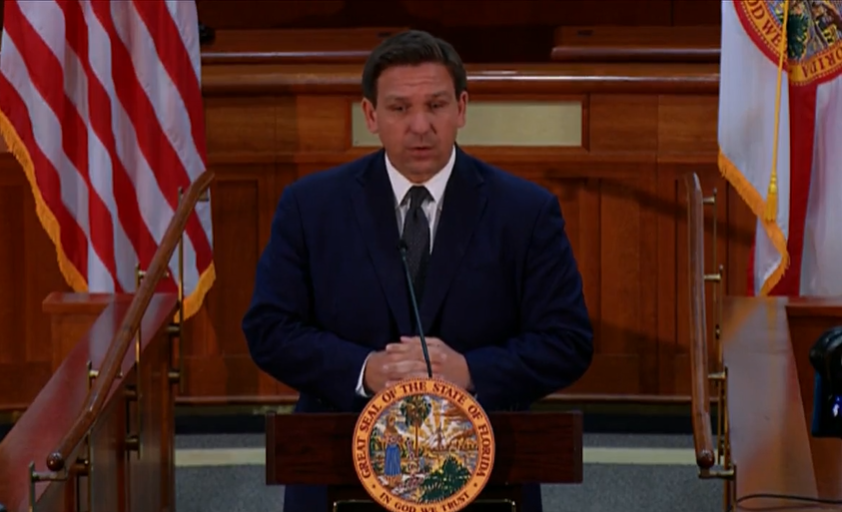 Speaking at an event in West Palm Beach, the Republican governor announced a series of election law proposals for lawmakers to take up during next year’s legislative session, including new restrictions on ballot drop boxes and strengthened penalties for ballot harvesting.

DeSantis, who is up for reelection and is eyeing a 2024 presidential run, echoed many talking points on voting problems that have gained traction in the GOP following former President Donald Trump’s false claims that his reelection was stolen from him.

The governor has previously praised the 2020 election in Florida as smooth, and there is widespread consensus among election officials and experts that there was no fraud that could have impacted results in the last presidential election.

Still, without evidence, DeSantis suggested issues at the ballot box.

“There’ll be people, if you see someone ballot harvesting, you know, what do you do? If you call into the election office, a lot of times they don’t do anything. If you know that, there’s, you know, in Florida, it’s Constitutionally mandated, only citizens are allowed to vote in Florida, and yet you see examples of people, they’ll even check they’re not citizens, and they’ll still be given ballots,” he said to applause.

DeSantis spoke broadly about the proposed election police force, but a news release from his office said the Office of Election Crimes and Security would be formed “within the Department of State to investigate election crimes and fraud.”

A spokesperson for DeSantis said the governor is seeking to proactively deter criminal activity and prevent voter fraud but referred questions on specific violations of election law to the Florida attorney general or the state department. Neither agency immediately returned an email seeking comment.

His event Wednesday at a hotel was listed as a press conference but included a large crowd that cheered along as he criticized coronavirus mandates, Big Tech and policing policies in liberal states.

Earlier this year, as part of a nationwide GOP push to tighten voting laws, DeSantis signed a bill that restricted the use of ballot drop boxes, strengthened voter ID laws and prohibited the so-called practice of “ballot harvesting,” the collection of completed ballots by a third party, among other things.