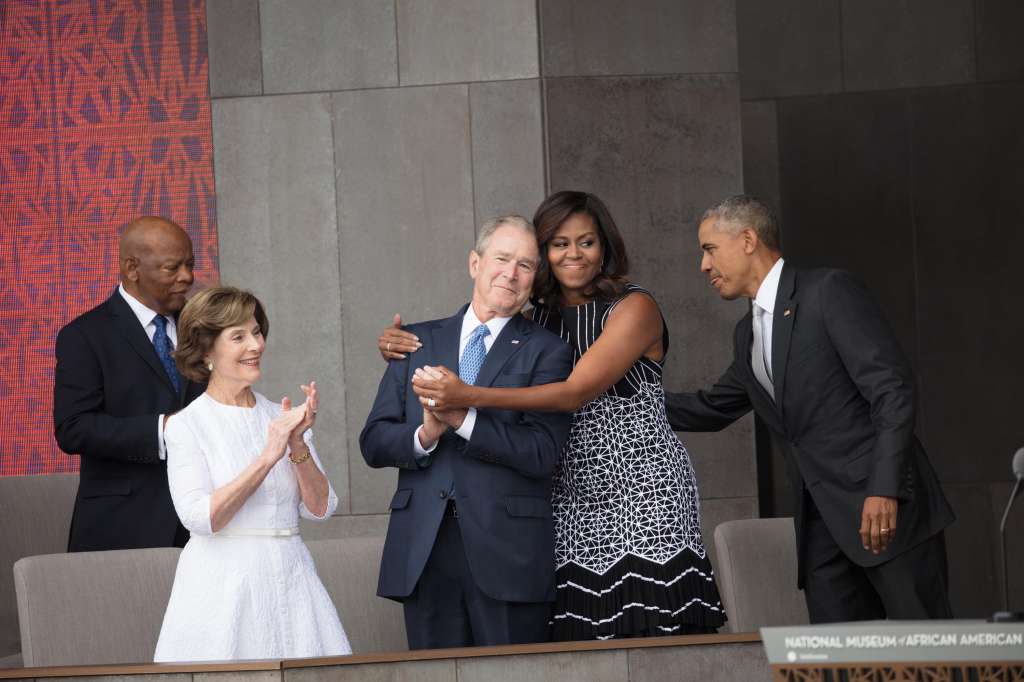 (CNN) — Former President George W. Bush said Sunday he was “shocked” by people’s reaction to his public interactions with former first lady Michelle Obama as he reflected on the pair’s across-the-aisle friendship.

Recalling the memorable moment of the two embracing at the opening of the Smithsonian’s National Museum of African American History and Culture and their interaction at the late Sen. John McCain’s 2018 funeral where he gave her an Altoid, Bush said he was shocked by how people reacted.

“The American people were so surprised that Michelle Obama and I could be friends,” Bush said in an interview on “CBS Sunday Morning.” “Americans are so polarized in their thinking that they can’t imagine a George W. Bush and a Michelle Obama being friends.”

“It was a friendship,” former first lady Laura Bush added.

In the interview, Bush called on Congress to tone down the “harsh rhetoric” on immigration, adding that he hopes that doing so will “set a tone that is more respectful” of immigrants and lead to more policy change.

Bush has released a new book of paintings of immigrants called “Out of Many, One: Portraits of America’s Immigrants.” The former President said the book doesn’t change policy but added that his is a “small voice” among people trying to move toward change.