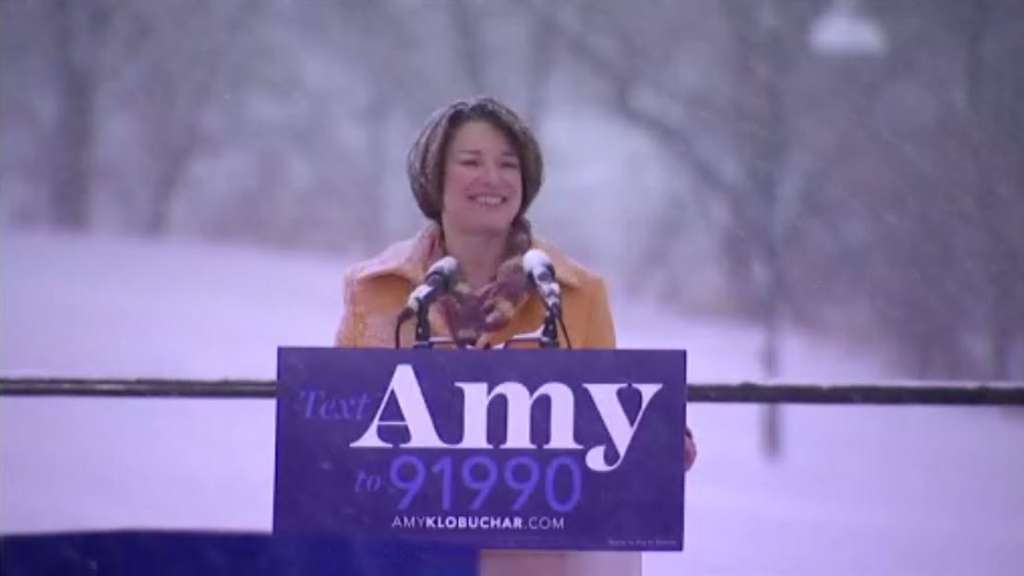 It is Klobuchar’s best fundraising haul following any debate to date. Klobuchar’s campaign previously raised $1 million dollars in the 24 hours after the December Democratic debate in Los Angeles.

“With proven grassroots support, Amy continues to outperform expectations and punch above her weight,” said Klobuchar campaign manager Justin Buoen. “Following her debate performance, we’ve raised $2 million and have seen an outpouring of donations from all 50 states which will allow us to compete in New Hampshire and beyond.”

In the New Hampshire debate, Klobuchar landed punches on former South Bend, Indiana, Mayor Pete Buttigieg, hitting him on his comments that she said were dismissive of Washington experience.

“Pete, as you were campaigning through Iowa, as three of us were jurors in that impeachment hearing, you said it was exhausting to watch and that you wanted to turn the channel and watch cartoons. It is easy to go after Washington because that’s a popular thing to do,” Klobuchar said.

“It is much harder to lead and much harder to take those difficult positions, because I think this ‘going after this every single thing that people do,’ because it’s popular to say and makes you look like a cool newcomer. I just I don’t think that’s what people want right now. We have a newcomer in the White House and look where it got us,” she added.

And in her closing, she said that she would be a president with empathy, something she often touches upon on the campaign trail.

The senator finished in fifth place in the Iowa caucuses, trailing former Vice President Joe Biden. The next primary contest is in New Hampshire on Tuesday.

With only days to go, Klobuchar’s campaign said Saturday that they won’t have the challenge of the Senate impeachment trial impeding her campaign schedule ahead of the primary.

“I woke up this morning ready to go, we are going to barnstorm your state,” she said at an event in Durham. “We’re gonna go to every diner we can find,” she added, calling New Hampshire an “even playing field.”