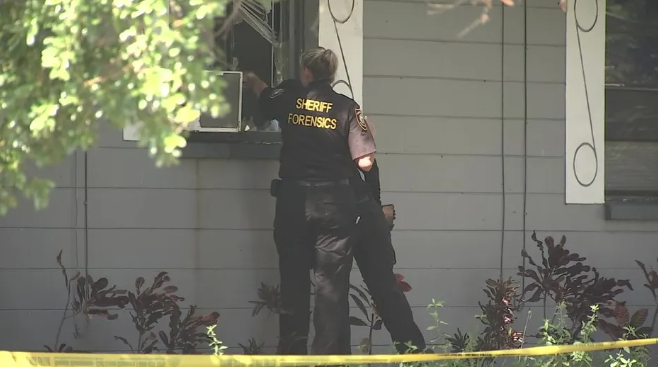 (WSVN) - Investigators said a Florida woman shot and killed an intruder who broke into her bedroom.

According to Clearwater Police, they received a 911 call around 8:45 a.m., Tuesday, in regards to an intruder at a home in Clearwater.

The woman told police she woke up to find a man in her bedroom.

During a struggle between the suspect and victim, the victim was able to grab a gun and shoot the man.

Clearwater Police Chief Dan Slaughter said upon initial investigation, it appears to be a clear case of self-defense and added that the gun was legally purchased by the victim.

Police identified the suspect as 26-year-old Justin William Wright. He was pronounced dead at the scene.

According to Slaughter, Wright lived next door to the victim.

Police said it is not yet known how Wright entered the home.