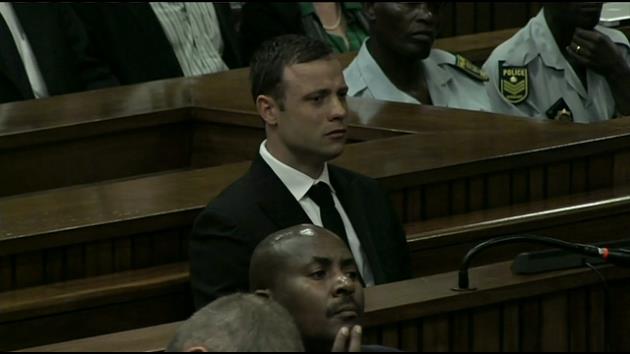 PRETORIA, South Africa (AP) — Prosecutors said Monday their application to appeal against Oscar Pistorius’ manslaughter conviction and five-year prison sentence will be heard in a South African court on Dec. 9.

The prosecutors have said Pistorius should have been found guilty of murder for killing girlfriend Reeva Steenkamp. The appeal against Judge Thokozile Masipa’s initial verdict and sentence has “reasonable prospects” of success, they said.

Masipa found the double-amputee Olympic runner not guilty of murder for shooting Steenkamp through a toilet cubicle door in his home, ruling that Pistorius did not intend to kill when he fired four times.

Pistorius was instead convicted of culpable homicide, or manslaughter, by Masipa because she said he acted negligently. Pistorius testified he mistook Steenkamp for a nighttime intruder in his home when he killed her in the pre-dawn hours of Feb. 14, 2013.

His five-year sentence means he could be released after serving 10 months in jail to complete the sentence under house arrest at his uncle’s luxurious Pretoria home.

South Africa’s National Prosecuting Authority also said it had been informed by Pistorius’ defense lawyers that they would oppose the appeal. If Pistorius is found guilty of murder on the appeal, he would face a minimum of 15 years in prison.

Prosecutors must first apply to Masipa for permission to ultimately appeal her decisions in the Supreme Court of Appeal. Their initial application will be heard next month by Masipa at North Gauteng High Court, the Pretoria courthouse where Pistorius’ seven-month murder trial was held.

The prosecution believes Masipa may have made an error by ruling Pistorius intended to shoot into the small toilet cubicle but did not intend to kill anyone. Prosecutors have cited a section of South African law called dolus eventualis, which says someone should be found guilty of murder if they foresaw the possibility of a person dying through their actions and went ahead — as they argued Pistorius did.

“The NPA reiterates that the decision to appeal was taken on the basis that it believes there exists reasonable prospects of a successful appeal based on a question of law,” the state prosecuting body said in its statement.

The NPA wants “clarity” from the Supreme Court of Appeal over the principle of dolus eventualis, it said.