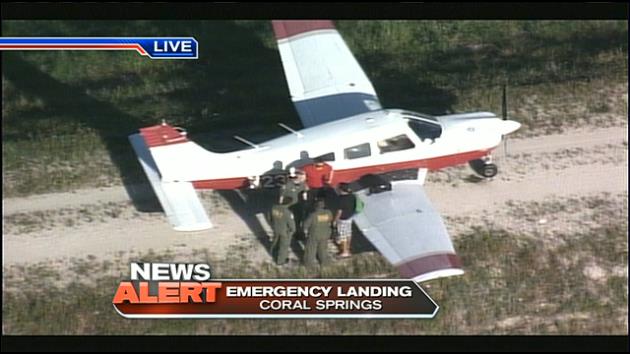 CORAL SPRINGS, Fla. (WSVN) — The pilot of a small plane was forced to make an emergency landing near a busy South Florida highway, Tuesday afternoon.

Officials said the pilot of the Piper PA-28 single-engine plane made a clean landing on a levee that runs on the west side of the Sawgrass Expressway, near Sample Road.

Neither the pilot nor the passenger were injured. They were nevertheless checked out by paramedics.

The aircraft is owned by FXE Flight Center Corporation, a company based at Fort Lauderdale Executive Airport.