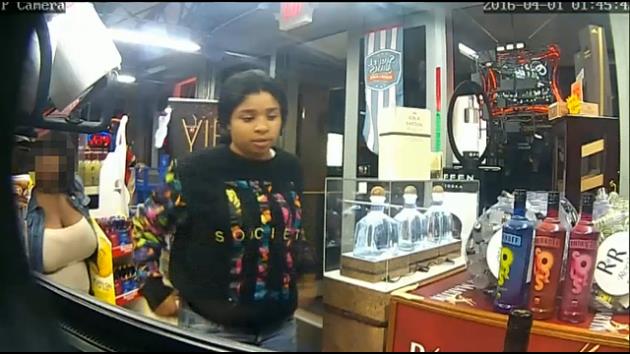 PEMBROKE PARK, Fla. (WSVN) — A Pembroke Park liquor store owner is hoping newly installed surveillance equipment will help locate the woman who, he said, swiped an expensive champagne bottle at one of his stores, the latest in a series of thefts at his businesses over the past year.

Surveillance cameras at 24/7 Liquors along Hallandale Beach Boulevard captured the latest incident, Thursday, just after 9 p.m. "They still try to do it over and over," said store owner Paul Moutsatsos.

After the subject approached the counter, Moutsatsos said, she asked for expensive items. "They’re coming here behind the counter saying, ‘Oh, lemme have a bottle or Rémy and a bottle of Dom Pérignon," he said.

Moutsatsos said the woman then snatched the Dom Pérignon bottle right after the clerk scanned it. "You see her face clearly, two ladies over here, and as soon as [the scanned bottle is placed on the counter], boom, she grabs it and she runs away," he said as he showed 7News the security footage. "She goes left, then she goes right, and boom, she’s gone. There’s my clerk running, and I’m right there."

Moutsatsos said that bottle of Dom Pérignon Rosé is valued at $300. "In my case, it’s been women every time," he said.

His store is equipped with more than 20 surveillance cameras in and around the premises, including a recently installed "face cam" designed to capture a crisp image of potential shoplifters’ faces.

24/7 Liquors was the setting for a theft that garnered national attention, Aug. 13. Cameras captured a mother coaching her daughter to steal a bottle of tequila.

In another store owned by Moutsatsos located several blocks away from 24/7, surveillance video showed a woman putting a bottle up her skirt and walking off. She was eventually apprehended. "They think we’re an easier target for them," said Moutsatsos.

But with his new state-of-the-art security equipment, the store owner hopes those days will soon come to an end.

If you have any information on any of these thefts, call Broward County Crime Stoppers at 954-493-TIPS. Remember, you can always remain anonymous, and you may be eligible for a $3,000 reward.