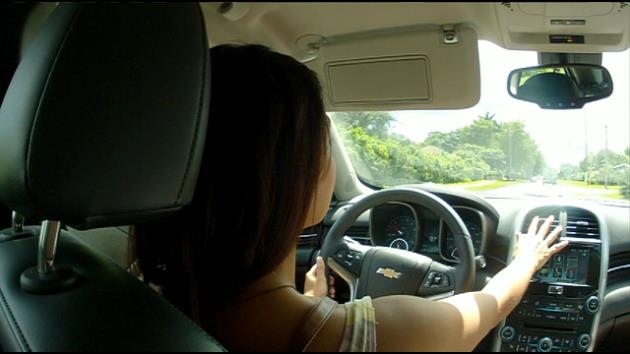 WSVN — A South Florida woman bought a used car and even checked the Carfax report. Turns out once she made the deal, something was missing. It’s tonight’s Help Me Howard with Patrick Fraser.

Elizabeth moved from Texas with her children for a new start on life.

Elizabeth Antuna: “We work for a locksmith company, and we are trying to go nationwide.”

The single mother needed a dependable car, and she wanted one thing to be guaranteed.

So when she found this 2014 Malibu at a North Lauderdale used car lot, the dealer told her it was perfect for her.

Elizabeth Antuna: “And that I would love it. Had never been in a wreck.”

Elizabeth was cautious and said, “Prove it.”

Elizabeth Antuna: “I asked them for the Carfax. They brought out that Carfax. It showed a clean record, no car accidents.”

The Carfax she was handed on that day in July was from two months earlier and showed no accidents or damage reported to Carfax. So she paid nearly $21,000 for the 2014 car.

Elizabeth Antuna: “I thought I got a steal! My bank was happy with the prices. I was like, ‘Wow, God is really taking care of me today!'”

Three days later, the engine light came on. She stopped at a repair shop, where they told her, her car had been in an accident.

Elizabeth Antuna: “When you open the hood, you can see the paint where they repainted the hood.”

The Carfax the repairman printed showed the 2014 Chevrolet had been in an accident a few months earlier. In fact, the engine had to be replaced after the crash.

That car she had paid nearly $21,000 for was worth only $9,000. She asked the used car dealer who promised it had never been in an accident and showed a Carfax to prove that for her money back. They said no.

Elizabeth Antuna: “Taken advantage of, mad, sad. Like, helpless. They are supposed to provide me with accurate information and they didn’t, so I know that is illegal.”

Well, Howard, this is the Carfax Elizabeth was shown that says nothing about a major accident the vehicle was in. Legally, can they do that?

Howard Finkelstein: “This is a difficult case for the buyer to win. If the dealer didn’t know it had been in an accident and simply didn’t print a current Carfax, they are off the hook. But if they knew it had been in an accident and told Elizabeth it hadn’t, the law calls that ‘fraud in the inducement,’ and she gets her money back. The problem? It’s tough to prove that.”

When Elizabeth bought the car on July 31, this is the Carfax she was given dated May 21.

This is the Carfax the repairman gave her three days after she bought the car when the warning light came on. It showed the car had been damaged two months earlier involving front impact with another motor vehicle.

We called Master Car International, the used car dealer who sold Elizabeth the vehicle. They told us they didn’t know it was in an accident when they sold it.

When we asked why they gave Elizabeth a Carfax that was two months old instead of an updated one, they told us, “We no longer wish to comment.”

Howard Finkelstein: “We spoke to Carfax. They told us to request a Carfax dated the day you are buying the car. They also said, don’t rely just on the Carfax. Test drive the vehicle, take it to a mechanic you trust to inspect it, and remember, you can sign on to Carfax and get your own report. It’s not expensive and could help you avoid a major headache.”

The good news for Elizabeth: Her car is under warranty, so if something goes wrong hopefully it will be covered. But it’s been a costly experience for her.

Another suggestion: When you buy a used car, ask the dealer to put it in writing that the car has never been in an accident and get them to sign it. That will protect you if it turns out it was in an accident. If they won’t give you that document, walk away, ’cause they know something they’re not telling you.

Troubles left you a wreck? Want to show everyone the facts? Contact us. It’s not accident we get some things done ’cause we are driven to help you.