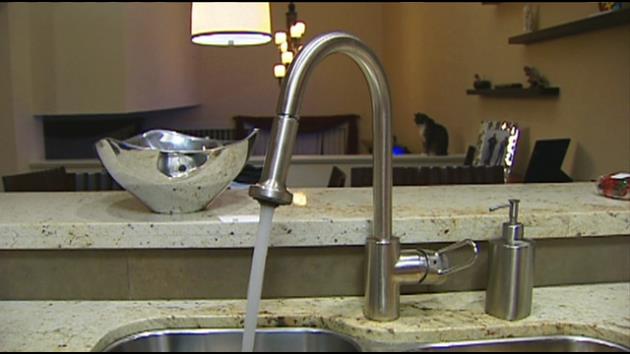 Several people in one South Florida city didn’t get a water bill for years. Some weren’t concerned because they thought it was being paid by their association or their landlord, but now they are all being told they have to pay thousands … or do they? It’s why one woman called Help Me Howard with Patrick Fraser.

WSVN — Kori Goldstein was inspired to be a schoolteacher by a few of her teachers, but not in the way you might imagine.

Kori Goldstein: “I enjoyed going to school, but every now and then I would get a teacher that made me not want to attend school, and so I wanted to change that and make kids enjoy school, to help them realize how important education is.”

Seven years ago she became a Broward teacher, and five and a half years ago, bought her first home.

Kori Goldstein: “I liked the location and the neighborhood is calm and quiet. I was told water was included in the association fees. I was happy with the property.”

For five and a half years, everything flowed along. Then…

Kori Goldstein: “A few Tuesdays ago I got home and there was no water on. I called the management company right away to see what was going on, and there was a little confusion, cause they thought, you know, ‘Well, did you pay your bill?’ But I told them, ‘I don’t pay a bill; it’s included.'”

Kori had never gotten a water bill, and wasn’t surprised because she was told by the former management company it was included in her association fees. So she called the North Lauderdale water association, who told her, ‘Oh yeah, your water bill has never been paid.'”

Needless to say, Kori was stunned.

Kori Goldstein: “By now, the water company should have realized and contacted me. I figured, within two three months I should have known, but I was never notified. Even before I got home, I never got a letter in the mail, a sticker on my door, nothing.”

Kori is not alone. In the past week, we were contacted by two other North Lauderdale residents who say they got their first water bill in years from the city. This one for $9,202, and another one for $5,600.

Kori Goldstein: “They did say that they can offer me a payment plan, but it wasn’t too reasonable. It was half upfront, and the rest was monthly payments. That’s $2,300 dollars, and it’s about to be summer without a paycheck. I don’t know how I’m going to pay it.”

But does she have to pay the full $4,600 water bill that no one noticed for five and a half years?

Kori Goldstein: “I’m hoping they will somehow, they will rethink the amount they are charging me and reduce the amount due to their negligence, notice they should have billed me sooner and charge me less.”

Kori was told her water bill was included in her association fees. North Lauderdale never noticed it wasn’t being paid. So, Howard, wanna pour out some of your legal knowledge on this?

Howard Finkelstein: “You do have to pay back water bills, even if the utility made the mistake and forgot to bill you, but they cannot go back five and a half years. If it is a city or county-owned water department, the law only lets them go back four years, and if it is a privately owned water company, they can only go back one year.”

We then contacted the North Lauderdale Water Department to find out why they missed billing Kori for five and a half years, as well as other North Lauderdale residents. A spokesman told us they just did an audit and found 60 water accounts that were not being billed. They are now correcting that.

North Lauderdale then helped Kori out. They lowered bill from $4,566 to $3,468, since they can only bill back for the last four years instead of five and a half. She also does not have to pay half immediately. Instead, the city is going to allow her to pay it off $60 a month for the next five years. There will be no late fees, penalties or interest on the old bill.

Kori Goldstein: “I feel like you guys helped me out.”

Kori can now do what schoolteachers need to do in the summer: relax and rest, now that she knows what she’s facing with in her water woes.

Kori Goldstein: “And it’s a fair deal, although I would rather not have to pay such a large amount. But it’s reasonable, the payment plan.”

Now, we do get a lot of complaints about water bills, but most are about high water bills caused by a leaky toilet or pipe. Check right away when you get that bill. If you don’t have a leak, contact the water department and get them to check the meter. Meters go bad just like toilets go bad, and if it’s a bad meter, they have to fix the meter and your bill.

Flooded with problems that have left you soaked? Wanna make a splash? Contact us. Hopefully we can sprinkle in a little legal help, and douse you with a solution.