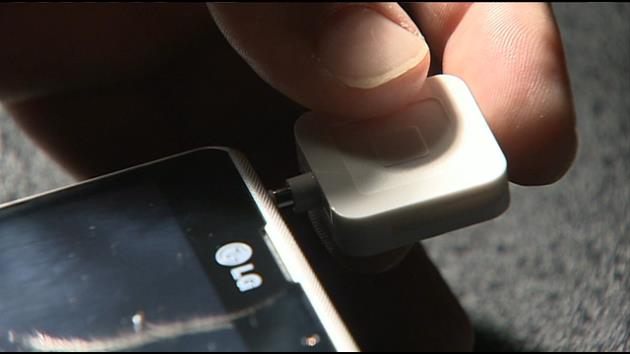 If you are self-employed or run a small business, you may be a person who uses the small device that attaches to your phone so your customers can pay with their credit card. It’s incredibly convenient, but did you know they can hold your money for months and not tell you why? Is it legal? It’s why one person called Help Me Howard with Patrick Fraser.

WSVN — Cristian Silva is a private chauffeur. If you wanna go somewhere, anywhere, he can take you in style.

Cristian Silva: “It would either be by the hour or by the day, depends on the miles. Some people, they might want to go to Orlando, Key West.”

Some customers pay Cristian cash. Some use a credit card, and whether you run a food truck, a barber shop or drive your customers around, dozens of companies make it easy to collect with a small device attaches to your cell phone.

Cristian Silva: “The concept is appealing to everybody. It’s a little square, you know? So you plug it in to your phone, you easily can charge the cards.”

Cristian went online, clicked that he agreed to the terms with the processing company and was hooked up.

On Memorial Day weekend, he was hired to drive a rapper who wanted to pay in cash and with his credit card.

Cristian Silva: “He did payments in two forms: One was for $450, I think, and then the other one was $400. And the payment went through and everything.”

The next day, Cristian heard from Square, the processing company he had signed up with.

Cristian Silva: “I just received an e-mail from them saying they were going to terminate my account. They don’t specify for any reasons.”

That’s when Cristian realized the company didn’t have a phone number to call, only an e-mail address, so he wrote to ask why they canceled him.

Cristian Silva: “And they just got back to me with a policy, a small print which I never read, that they have the right to terminate your account for whatever reason, They feel like it, and they don’t have to tell you for what reason.”

Cristian wasn’t bothered. You can go online and find many other companies with a similar device, but he wanted the $400 Square put on his client’s credit card. Another e-mail response. More bad news.

Cristian Silva: “And they wrote me back that they won’t be releasing my funds because they need to investigate, and the funds will be available August 27.”

The e-mail said the company was going to hold the $400 for three months. Ninety days. Tough for Cristian.

Cristian drove his customer around. His client said the charge was on his credit card and Square has the $400 dollars, but now Cristian is going round and round trying to collect it.

Cristian Silva: “Annoyed and frustrated, you know? I’m just, like, bothered that they’re able to do that.”

Howard Finkelstein: “Yes, they can, because when you sign up on their web page, you hit ‘I agree’ to their terms, and in those terms, it says either the vendor or customer can cancel at any time, for any reason, with no explanation. As to holding the money for 90 days, Congress has not yet passed a law to determine if that length of time is unreasonable.”

It took a while, but we were finally able to talk to someone from Square on the phone. In fact, it appears other customers like Cristian were frustrated that they couldn’t talk to a company representative. A Square official told us they were now opening phone lines for customers to contact them. They wouldn’t tell us why they dropped Cristian and were holding his money, but the next day they released Cristian’s $400 and gave it to him.

With his $400 in his pocket, Cristian can now focus on what he enjoys: his job.

Cristian Silva: “I’m happy, excited. I got my money back, so thank you.”

Now, very few people read those forms before they click “I agree” online, and in Cristian’s case, it wouldn’t have mattered, because companies that process credit cards over a phone have similar policies, and some hold your money for as long as 120 days. So if you don’t want a surprise, sit down and read that agreement before you click “I agree.”

Got a problem you haven’t told anyone about? Don’t put a solution on hold anymore. Phone it in. We aren’t licensed to drive you around, but we will go back to square one to resolve it for you.