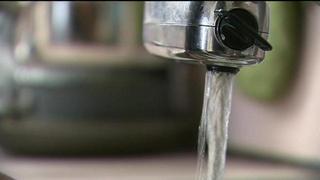 WSVN — When you look online or look in the mailbox and see a bill, most people say, ‘Uh, oh.’ When Reina looks for her water bill, she says, ‘Oh, no’ for a different reason.

Reina Shuford: “Nothing, I haven’t received any bill, any type of notification, any mail or anything.”

Six months ago Reina and her two small children moved into a house in North Miami.

Reina Shuford: “And I fell in love with the neighborhood. The front yard, the backyard. It looked like my dream of the white picket fence.”

The 22-year-old single mom is organized, responsible and pays her bills on time. Every bill except the city water bill.

North Miami is supposed to send the water bill out every three months. Reina’s should have gotten her first one in February. It didn’t come March, April, May, June … nope.

If most people didn’t get a bill they would be happy and use that money to buy a new TV, but Reina knows one day that bill is gonna pop up in the mail.

Reina has gone online but the city hasn’t even given her an account number, so she cant even guess what the water bill might be running each month.

Reina Shuford: “So I saved up $350 every month. I put aside for the water and stuff like that.”

Its now been six months and no water bill, and Reina knows if that bill doesn’t get paid, that water tap is gonna get turned off.

Reina Shuford: “I just need my water bill. I don’t want my water to be off. These kids need water.”

Well you get bills from the power company, the water company, your credit card company so Howard, do they have to bill you regularly and on time?

Howard Finkelstein: “The law doesn’t specifically cover this, but if a company doesn’t bill you on time you don’t get their service for free. However, they cannot turn the service off if they don’t send you a bill and tell you how much you owe them.”

After we interviewed Reina the city sent her the February water bill for $164, less than Reina feared. But North Miami is still months behind.

A city official said they are changing billing systems and that is what is causing the problem. They don’t know when they will catch up but if and when they do, if water uses like Reina get two bills at a time, they will work with them to spread out the payments.

Howard Finkelstein: “If a bill is months late like in Raina’s case, technically you have to pay it in full. But when the billing company makes a mistake, they should give you a reasonable amount of time to pay the bill, meaning in my opinion if they are six months late, they should you give six months to pay it.”

Reina now has a water bill and is happy because now she has been told what is causing the city’s billing problems.

Reina Shuford: “They did call me and apologized for the inconvenience and said they are working with a new system now, so I guess I’m going to have to see what’s going on with the new system.”

Patrick Fraser: “Actually, this is costing North Miami money in the short term because they are not bringing in the money to pay their bills. Of course this is rare, most businesses, most government agencies bill you over and over.”

Problems pouring into your lap? Tapped out on solutions? Let us mop things up, we wont send a bill cause we don’t charge. Finally, something is free.