Monkey spotted yet again in Miami 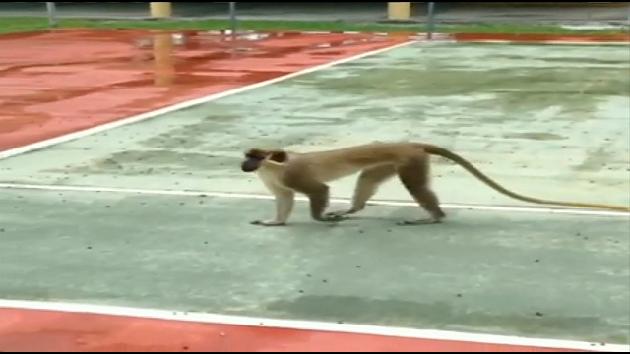 The most recent sighting happened at an apartment complex located at 601 NE 39th St. Resident Magali Herrera, captured the monkey on video hanging out on the tennis courts of the complex. “I like him. I want to keep him as a pet,” said Herrera.

After that, the monkey then made its way to a nearby parking garage where it walked on top of a car several times. “He was just running around. One of the maintenance guys, I heard him on the radio saying, ‘Oh, there’s a monkey. He’s right on the tennis courts,'” said Herrera. “So I went out, and he just started jumping on all the cars. He was actually really friendly.”

A Jungle Island expert said it is not unusual for the monkey to move from place to place. “They can travel large distances. I would not find it too unusual,” he said. “Obviously, this was an animal that was in captivity. You know? It didn’t ride in a plane from Africa or whatever, so it was someone’s animal.”

If you spot the monkey, the Florida Fish and Wildlife Conservation Commission warn that you do not touch it and call them to capture it. For more information, visit http://myfwc.com.