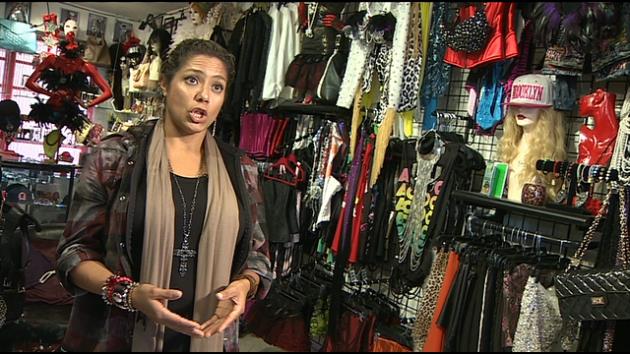 An improvement project in Miami Beach is designed to help businesses, but business owners say it’s doing the opposite. Two have shut down and another one can’t get any help from the city. It’s tonight’s Help Me Howard with Patrick Fraser.

It’s a Miami Beach improvement project designed to help businesses and is killing some of them. No, not the Alton Road project. It’s another one where two businesses have died and another one can’t get any help from the city, which is why they called Help Me Howard with Patrick Fraser.

Funky Sexy Couture is a shop known around the country where Brittany Spears gets clothes for magazine covers, where Snooki got her sunglasses designed.

Yvette Gonzalez: “What we do is specialty designs and styling for celebrities and for private clients as well as walk-ins at the beach.”

They are known around the world but hard to find at their Miami Beach location.

Yvette Gonzalez: “And we were given a five-day notice prior to the actual construction about what they would be doing over the course of five months.”

In October Yvette says the city told the four businesses here at Washington and Ninth Street they were going to replace the parking lot. Yvette says at that time revenue was good.

Then this turned to this. A doggie salon gave up immediately. Weeks passed. A hair salon went under and that the $3,000 to $5,000 a day coming into to Foxy Sexy dropped to:

Yvette Gonzalez: “That dropped to zero, which is very shocking to a small business.”

Customers disappeared because the awning that showed their business was torn down and never replaced.

Joey Rolon: “I got tons of emails of my clients asking where I moved to or did I go out of business because they could not find Funky Sexy.”

The construction company did put up a sign to let people know what was going on behind the fence but there was no lighting in this area at night when they were the busiest. And if a customer tried to get to Funky Sexy, they had to walk through this to get to the store.

Yvette says the only thing seen less than a customer was a construction crew.

Yvette Gonzalez: “As of Dec. 20 we have no longer seen any crews. In January we seen the crew twice on this location on the construction))

Part of that is because the city hired the same contractor to do two parking lots at the same time — one on 13th Street and one on Ninth Street. On the day we were at Funky Sexy no one was working at the Ninth Street location.

When we drove by a few days later, there was work going on. But a couple of days later, it was one worker at the Ninth Street site and just two workers at the 13th street lot.

Joel Rolon: “They were very kind and said they understood the situation and would follow up and support us in any way we needed. We have never heard back from them since. No answer to phone calls, no answer to texts, no answer to emails.”

Well Howard, can the city do this to these businesses?

Howard Finkelstein: “Legally, a city can do this to the very people who elect them and pay their salaries. But you can sue them if their actions substantially diminish the business. But it’s difficult and expensive to win the case because if there is any way to get to your business, the city will win.”

After we interviewed Yvette and Joey, the city came out to meet with them. Construction picked up and the contractor installed lights over the parking lot to highlight their business.

In a statement, the director of capital improvement at the city told me: “We recognize that construction is an inconvenient consequence for all stakeholders. We continually communicate and mitigate concerns.”

When I asked the city why they simply didn’t do one parking lot at a time with the construction company to lessen the damage to the businesses, I was told: “In an ongoing effort to provide cost-savings and efficiency to tax payers, the city was able to receive more competitive pricing by packaging the two lots.”

Yvette Gonzalez: “We are just trying to survive right now.”

Next month the city says the parking lot will be finished. Joey hopes to still be open that day.

Some people save for years to open a business and it only takes one construction job to destroy their dreams. Clearly, the upgrades are needed but the politicians who are elected need to make sure the government officials do everything to help the businesses: Listen to them, give them months of notice, so they can survive the project that is designed to help them.

Trying to construct a solution to a problem that’s destroying you? Wanna park it with us? Go ahead. We don’t own a bulldozer, but hopefully we can knock down the barriers blocking you from succeeding.