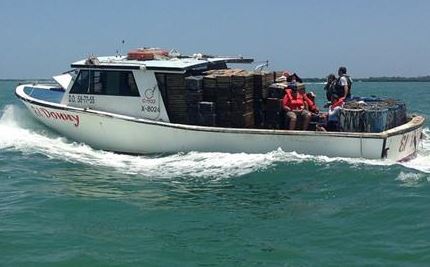 On Tuesday, 54-year-old Donny Caridad Gonzalez and 77-year-old Nemesio Garcia Gonzalez appeared in court to be sentenced for the crime that occurred on May 9, 2015.

According to officials, Florida Fish and Wildlife Conservation officers observed a suspicious lobster shell inside a crab trap, even though the boat owner claimed no lobsters were on the boat. As officials investigated the boat, an officer found a total of 87 wrung lobster tails, 66 of which were undersized.

The lobsters were illegally collected outside of regular lobster season, which is Aug. 6 through March 31.

According to a statement released by Maj. Alfredo Escanio, regional commander of the Florida Fish and Wildlife Conservation, "These individuals have a history of poaching violations. The events today represent our efforts to conserve our natural resources and support law-abiding recreational and commercial fishermen."

On Tuesday, they were sentenced to three years of reporting probation under the condition that they cannot register, operate or captain any commercial vessel. They must also forfeit all saltwater products licenses, including all endorsements. Their vessel, "El Donny," was also confiscated.