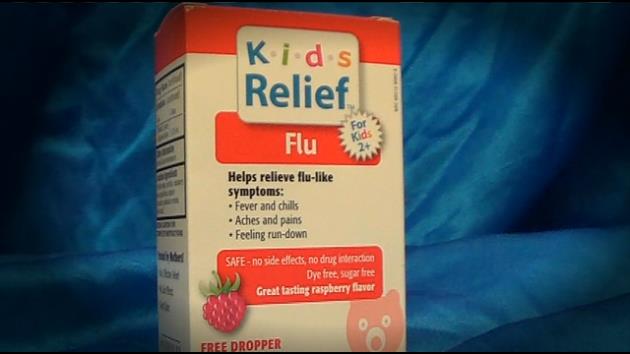 When we buy medicine especially for our children, we expect it to make them feel better. But a lawsuit accuses a manufacturer of selling products for children that do not work. Investigative reporter Carmel Cafiero is On the Case.

WSVN — Isabella is almost 3 years old. She came down with a cold recently and her mom says she bought Kids Relief Cough and Cold at her local pharmacy.

Carla Kleinubing: “I thought it would be an effective product.”

Carla Kleinubing: “And the fever wouldn’t go away and I was worried you know that she’s even sicker because it wasn’t working.”

She is one of four parents behind a lawsuit against Homeolab USA. The maker of several products that promise to bring relief to children for flu symptoms, cough and colds, pain and fever even earaches.

Tom O’Connell: “Mothers reasonably rely on the claims made by the manufacturer that these products may relieve certain symptoms and quite frankly, scientifically it’s impossible they don’t.

In part it reads: “…The products: (1) Had no effect on the symptoms that Homeolab claimed; (2) Are so diluted as to be completely inactive and (3) Were neither manufactured under FDA guidelines, nor considered safe or effective by the FDA.”

Carmel Cafiero: “Homeolab USA is headquartered here in a Boca Raton office building. The president of the company turned down our request for an on camera interview, but did send a statement.”

Louis Machin wrote: “While our attorney has not had an opportunity to review the complaint, the company is proud of its long-standing commitment to consumers with quality Homeopathic drugs made and sold in compliance with applicable laws and regulations.”

Homeopathic solutions are substances that have been highly diluted in water.

Among the claims in the lawsuit that kids relief flu is the diluted product of the heart and liver of muscovy ducks.

Tom O’Connell: “Scientifically, it does not do what they say it will do, that’s our allegation.”

The Food and Drug Administration has also taken issue with Homeolab USA. It sent a warning letter about the company’s earache product. Among other things, the FDA says the labeling is “false or misleading” because it is being sold over the counter to treat a condition that requires a doctor’s diagnosis.

Isabella meanwhile is just fine after being treated by her doctor. Her mom says she decided to join the lawsuit after talking with other parents who also had disappointing results.

Carmel Cafiero: “Do you feel like you’ve been mislead?”

Next stop, a courtroom where a jury will decide if these products can help our children through the flu season and beyond or not.