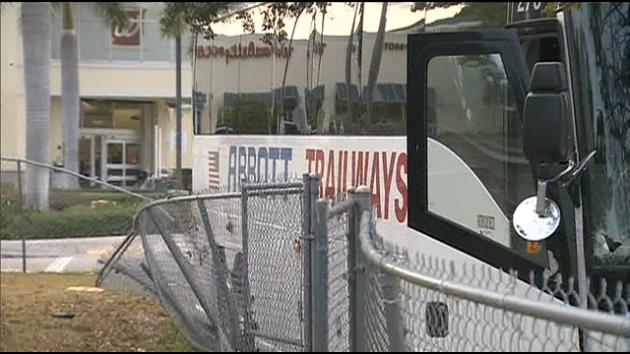 According to Miami Fire Rescue, the bus, carrying members of the University of Virginia’s baseball team, smashed into a row of cars near Bird Avenue and U.S. 1. The vehicle only came to a halt when one of the cars was pushed up against a tree.

Witness Ryan Bullea said he was walking near Bird Avenue when he saw the bus veer out of control. He could see through the window that the driver was unconscious. "His head was down, and he just ran off the road and crashed," said Bullea.

When asked whether he thought the driver was conscious, Bullea replied, "It doesn’t look like that."

Inside the bus, two Virginia coaches got up from their front row seats. One pulled the driver from his seat, while the other tried to stop the bus as it plowed into the cars and a chain-link fence. Officials said a metal rod from the fence then shot through the front window.

An employee at a nearby car wash saw what was happening and ran to help. "The pole was inside the bus right there in the windshield, and me and a co-worker pulled it out," said Gabriel Woyama.

Crews pulled the driver from the bus and rushed him to the hospital, where is listed in critical condition.

Officials said the pole from the fence ended up where the two coaches were sitting. "It’s very lucky that they did what they did because, not only did they avoid serious injuries to other people in the street," said Miami Fire Rescue Lt. Ignatius Carroll, "but as a result of them getting out of their seat, they prevented injuries to themselves."

Witnesses said it is a miracle no one on the street or in the bus was injured. "Things can happen just, like, in the blink of an eye, you know?" said Bullea. "Your life could be taken away, so you just have to enjoy every minute of every day and cherish it."

The college students had just arrived in Miami to play against the University of Miami’s baseball team, and they were reportedly heading to their Coconut Grove hotel when they crashed. Another bus picked them up and took them to their hotel.

The baseball team and the coaches were not hurt.