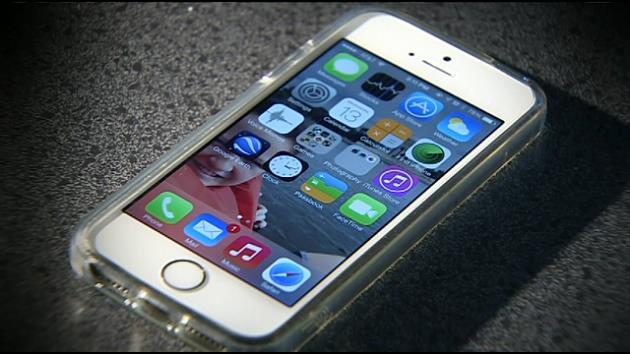 You lose your cellphone, it’s stolen, time to panic but wait, you have an app that will let you track it down. You do and then find out you are out of luck because the police won’t go to the place where it is. Do they have to help you recover the lost or stolen iPhone? It’s why one man called Help me Howard with Patrick Fraser.

WSVN — I don’t think I am going out on a limb by saying most people have a cell phone. To make calls, text, play games or take pictures.

Andy Quiroga: “There were pictures of my daughter, moments that weren’t recorded anywhere else. School, a costume party and things like that.”

Andy Quiroga was talking about his iPhone after it disappeared. His first step, go to his computer and track it down.

You put in your phone number, your password and poof, in less than five seconds, you have the exact location of where your phone is.

Andy filed a report with Miami-Dade Police. He was told, ‘When you get a couple of blocks from where the tracker shows the phone, call us.’ He went to the Opa Locka address, called them and was told…

Andy Quiroga: “Being that the phone was in the jurisdiction of Opa Locka, Miami-Dade police could not get involved. So I had to call the Opa Locka Police Department.”

An Opa Locka officer came out and said ‘Sorry, it’s a Miami-Dade case.’

Andy Quiroga: “Because the case was done thru Miami-Dade, Opa Locka was not responsible for retrieving the phone.”

With his iPhone a few hundred feet away, Andy was frustrated.

Andy Quiroga: “So my question is what’s the point of having the tracker if I can’t get my phone back? Even as accurate as it is, I couldn’t get it back.”

Andy is not alone. On Monday afternoon, as I was listening to the Help Me Howard line, there were two separate calls from people who tracked down their cellphones but couldn’t get them back.

Because of his phone plan, it cost Andy $320 to replace it, but even more valuable, the two years of pictures of his daughter and the phone numbers of all his professional contacts.

Just put your life on hold. You become so dependent on these phones for someone to steal that or to take it. Just be inconsiderate with it, you really do put a stop on someone’s life.

With his battery dying, Andy made one final request to the police, just go knock on the door. The answer? We can’t.

Andy Quiroga: “He cannot just go up to a door and knock on a door to ask for an iPhone because that’s an invasion of their privacy, and if it is an actual law where they can’t do that then what’s the point of having the iPhone tracker or a low jack or anything of that sort? What’s the point?”

A day later, Andy’s iPhone battery died. No way to now track it.

Well Howard, his iPhone tracker showed where the phone was located, but the two police departments said the other had jurisdiction and besides, he was told it would be invading the privacy of the resident to knock on the door to ask for it.

Howard Finkelstein: “No no and no. If one department knows of a missing phone in another jurisdiction, they have to right to go knock on the door and ask about it. It’s not an invasion of privacy but they don’t have to do it, if they have other things that are more important. And on the importance scale, missing phones are near the bottom.”

We then went over to the apartment where the iPhone tracker last displayed the phone. I knocked, someone answered, I explained why I was there, they would not open the door so I left my Channel 7 card.

A few minutes later, I got a call from Alvin Burke who told me his daughter found the phone in a parking lot. She did call Andy, but when he started asking questions about finding the phone, she hung up.

Alvin gave me Andy’s phone. We took it back to Andy.

Andy couldn’t believe we got his iPhone for him.

Andy Quiroga: “I was, I was incredibly surprised. I never thought we would be able to get it back so it’s quite a treat.”

I guess we will call, the Help Me Howard tracker.

Andy Quiroga: “It did and thank you so much and all your help and everything that you did. And thank you Channel 7 for everything.”

Fortunately, when we knocked, they had found the phone and were happy to return it. If your phone disappears and you track it down, a police officer I respect told me, don’t go knock on the door asking for it, if it’s stolen, they won’t be happy and who knows what could happen. Best thing, call the police, file a report and hope the officer has time to go knock and get your phone back.’

Searching for a solution to a problem that’s left your ears ringing? Wanna delete if from your life? Phone it in. We will answer and track things down for you.

E-mail: helpmehoward@wsvn.com  (please include your contact phone number when e-mailing)