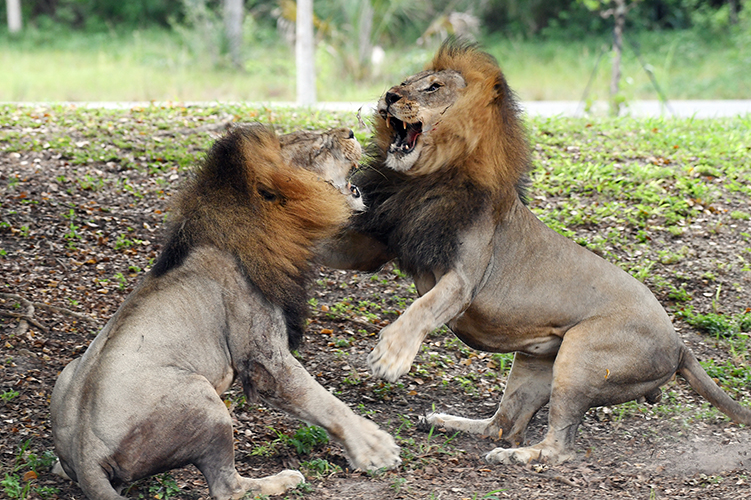 According to Zoo Miami’s Ron Magill, the two 8-year-old lions were fighting to determine their hierarchy as they were introduced to two females in the lion exhibit for the first time in over a year.

“Jabare” eventually established himself over “Kwame” as the dominant male.

“Soon after several confrontations, tempers calmed, and they now appear to accept each other’s presence enabling Zoo Miami to be one of less than a handful of zoos in the country to successfully exhibit a coalition of adult males with females on a single exhibit,” Magill said.

Zoo Miami is one of a handful of zoos in the United States to successfully exhibit a coalition of adult males with females in a single exhibit.