Woman who married at 11 seeks to change Florida marriage law 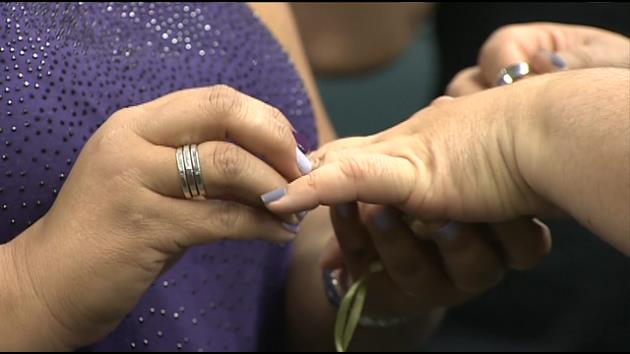 TALLAHASSEE, Fla. (AP) — Sherry Johnson was 11 years old when she was forced to marry her 20-year-old rapist through a loophole in a Florida law that doesn’t set a minimum age for marriage if a girl is pregnant.

That was nearly five decades ago, but the problem still exists today and Johnson, now 58, is hoping to change state law to prevent anyone under the age of 18 from getting married.

The first step toward that goal happened Tuesday, when a Senate committee unanimously approved a bill that would end child marriage in Florida.

“A child cannot do anything for themselves,” Johnson said in an interview with Associated Press before the vote. “Why marry a child that cannot open a bank account, can’t drive a car, can’t vote. Why allow them to do that? Why are your forcing someone to do that against their will?”

Florida doesn’t allow anyone under the age of 18 to independently consent to marriage. Children aged 16 and 17 can marry with the consent of both children’s parents. But if there’s a pregnancy involved, there is no minimum age for marriage as long as a judge approves the marriage license.

Between 2010 and 2016, 3,161 children — 72 of them under the age of 16 — were married in Florida, according to state Department of Health statistics provided by the Tahirih Justice Center, which is fighting nationally to change laws allowing child marriages. At least one child was married in every one of Florida’s 67 counties and in some cases the spouse was at least twice the minor’s age.

“It’s a problem across the country. More than 200,000 children under the age of 18 are estimated to be married from 2000 to 2015 alone. This is a real and serious problem in the United States,” Smoot said. “It’s a problem all states need to address, but Florida stands to be a leader at the moment.”

And since girls can’t consent to have sex, they are presumably marrying their rapists, she said.

“A child who is pregnant at that age … is a rape victim,” she said. “The law right now is blind to that kind of risk of harm that has already happened and puts that child in that position of further lifelong rapes and abuse.”

For Johnson, it’s created a lifetime of pain she says she is still recovering from. The man she was forced to marry raped her when she was 9, she gave birth at 10 and was forced to marry at 11. He was a church deacon and the bishop of the church pressured her mother to consent to the marriage, she said. And when a court clerk in the Tampa area refused to issue the marriage license, they went to the next county over for the ceremony.

Johnson said she had five more children before she broke free from the marriage several years later. She wasn’t able to attend school and found herself in a string of abusive relationships.

“There are some things that I’m still dealing with. It just takes time. But during that time, I’ve learned how to take those lemons and make lemonade out of them,” she said, adding that her work to change the law is therapeutic. “I can help some of these other young people and let them know that you do not have to marry because someone tells you to marry.”