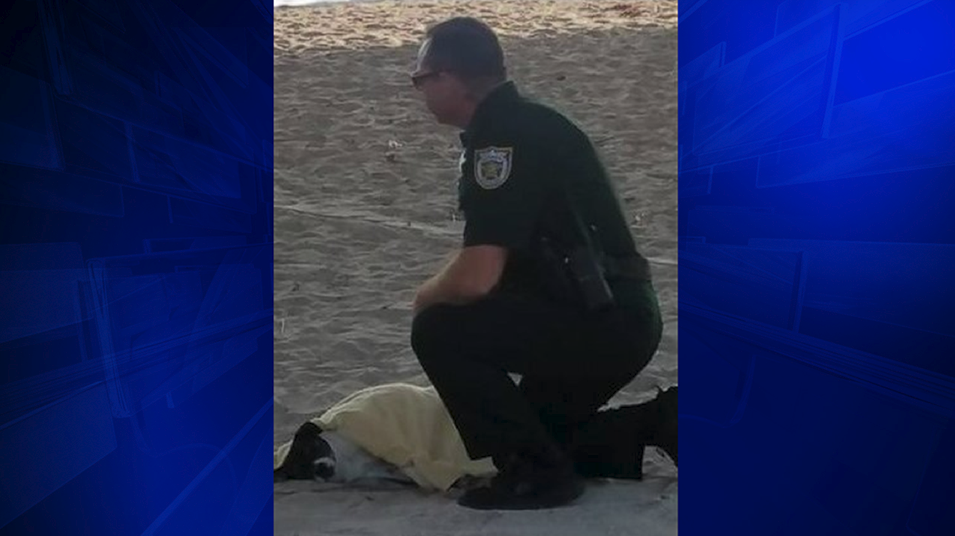 The Sun-Sentinel reports that witnesses told deputies the woman claimed “dogs can fly” as the reason why she threw the dog, an 8-year-old Jack Russell terrier mix named BJ.

The incident happened at Phil Foster Park in Riviera Beach. The Palm Beach Sheriff’s Office said several people saw the woman throw the dog off the Blue Heron Bridge, where it fell at least 30 feet down to the sand below.

Deputies found the dog on the beach after responding to an animal cruelty call that reported the dog was “clearly in distress, pain, was whining and struggling to move.”

PBSO Deputy protects dog that was thrown from the Blue Heron Bridge by a female who witnesses say heard her say that "dogs could fly". pic.twitter.com/fzikamFvw2

Laura Weinberger said she saw the dog trying to sit up after the fall.

“It was yelping really badly,” Weinberger said. “We had to turn away. It was just horrible to see a dog in so much pain and shock.”

“It doesn’t appear he has any thing broken,” Walesky said. “It’s possible the extra weight helped him out a little bit. It’s surprising he doesn’t have any more injuries.”

BJ was adopted from Palm Beach Animal Control back in 2010 by the accused woman’s family, according to the Sun-Sentinel. The Palm Beach Sheriff’s Office plans to file charges in the case.

If the owners give up the dog, BJ will be available for adoption or rescue, animal control said.