Woman killed by Florida passenger train she tried to beat 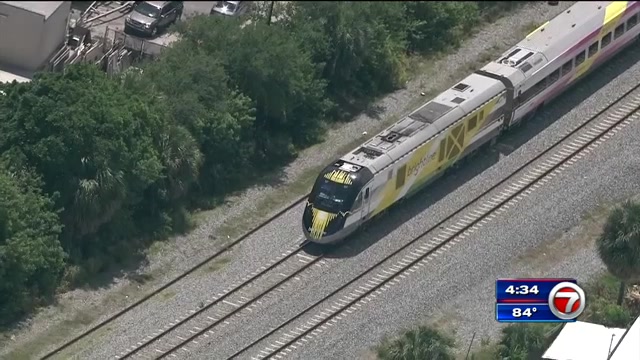 LAKE WORTH BEACH, Fla. (AP) — Authorities say a Florida passenger train struck and killed a woman who was trying to cross the tracks.

Palm Beach County Sheriff’s Office said Sunday that 31-year-old Princess Davis was walking with another woman when they attempted to cross the tracks in Lake Worth Beach, Florida.

Spokesman Teri Barbera said in an email that the conductor sounded the horn, but Davis tried to beat the train Saturday.

Barbera said the death appeared to be accidental, but the case remains open pending autopsy findings.

The train is part of the Virgin Trains USA fleet, recently rebranded by British billionaire Richard Branson from its previous incarnation as Brightline.

More than a dozen people have died from after hit by these trains since test runs began in July 2017.