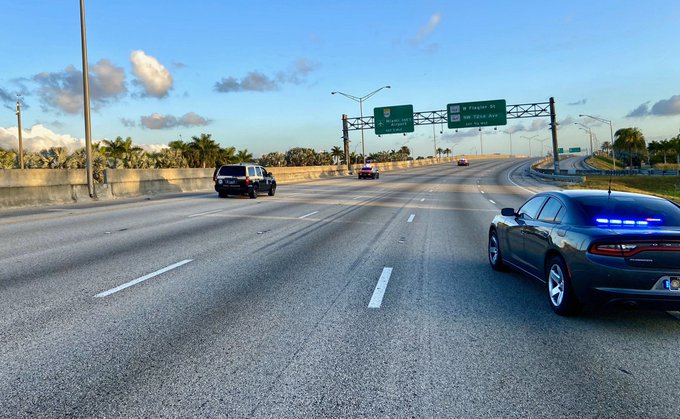 WEST MIAMI-DADE, FLA. (WSVN) - A woman has died following a motorcycle crash on the Palmetto Expressway.

Florida Highway Patrol troopers responded to the scene near Southwest Eighth Street at around 6:30 a.m., Sunday.

According to troopers, a Honda motorcycle lost control, and its two occupants, a male driver and a female passenger, were ejected.

The female passenger collided into roadway signage and was pronounced dead on the scene, troopers said.

Troopers shut down all northbound lanes of the expressway while they investigated, but the roadways have since reopened.

The names of the victims will be released once their families have been notified, troopers said.