MIAMI BEACH, FLA. (WSVN) - King tides have been to blame for flooded roadways and residential streets across South Florida these past few days, and meteorologists said the tidal trouble was at its worst on Sunday night.

King tides turned streets into rivers in Miami Beach, as the full moon made the water rise. “It’s annoying because you’re trying to drive around, and a foot of water is everywhere,” said local resident Andrew Dulac.

The flooding was so bad that signs saying “No Wake Zone” needed to be installed. “This time, it’s here for hours,” said Fort Lauderdale resident Marilyn. 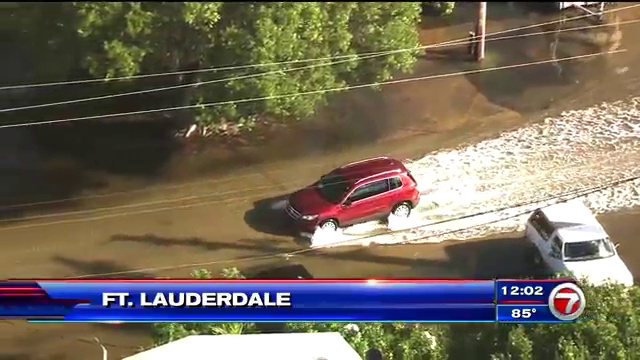 The seasonal flooding is nothing new in South Florida, but it’s still causing headaches. “It just happens every year. This is the worst year,” said Hollywood resident Tonya Quarequaro.

Quarequaro said the king tides cause thousands of dollars in damage every year, and she is calling on city officials to step up. “They told us they’d put in flaps. They’ve told us that there are pump stations that are working. They’re competing with Mother Nature,” she said, “and unless they do it the right way, which is to build a seawall, they’re always going to lose, which means we’re going to lose.”

“We have to sell our house, but nobody will want it,” said Yobi Sattee, a Fort Lauderdale resident.

In Miami, parts of Northeast 79th Street were submerged near North Bay Village. 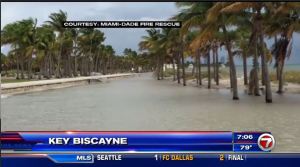 “It’s pretty scary, and it kind of makes you aware of how vulnerable we are here,” said Cohen.

Meanwhile, in Miami Beach, water pumps on Purdy Avenue and the Venetian Causeway worked overtime to keep the roads clear.

Residents said they have gotten used to dealing with all the flooding. “You know, it’s part of your life when you live here, so that’s how that works,” said Dulac.

Meteorologists expect the flooding to continue until at least Monday morning, but they now say the worst of the flooding is over.

A coastal flood advisory remains in effect until Tuesday morning.