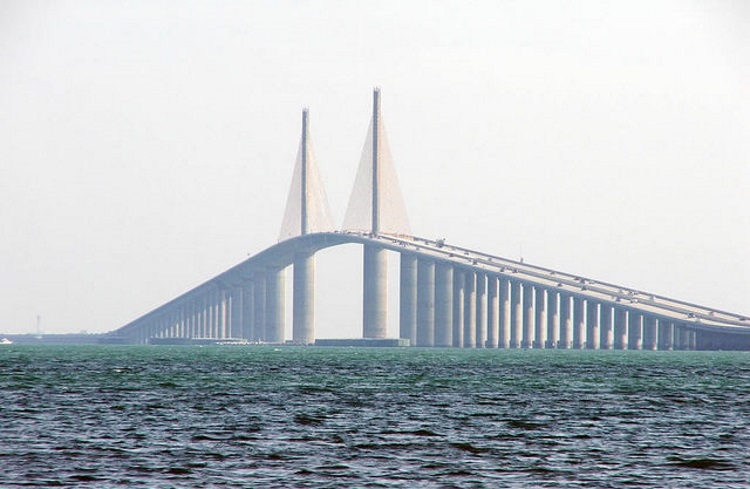 ST. PETERSBURG, Fla. (WSVN) — A depressed man called for an Uber to take him to the top of a central Florida bridge. The driver who responded ended up helping to save his life.

The 28-year-old man wanted to jump from the top of the Sunshine Skyway Bridge over Tampa Bay, but Uber driver Chad Farley says he believes what brought them together was more than just an app.

“This man was troubled and he needed someone to be a voice for him,” he told Fox 13.

Farley accepted the fare on Monday night near St. Petersburg, and said he was shocked by the destination.

“I looked on my app and I saw the destination was the middle of the Skyway Bridge and that’s when everything kind of changed,” Farley said.

While they were in the car, the passenger told his story to Farley, telling him that he has brain cancer. The man told the driver that his chance of survival is just 30 percent.

The reason why he said he was going to the bridge didn’t make sense to Farley.

“He said his doctor told him to go to the middle of the Skyway, pull over, and use the phones to get an ambulance to take him to Tampa,” Farley recalled.

As the car approached the bridge, Farley told his passenger to talk to the toll taker about using the emergency phones near the top of the bridge.

A supervisor came over and told the men to drive to a nearby rest stop. Someone then called Florida Highway Patrol.

The man sat at nearby bench at the rest area until FHP troopers approached him, Fox 13 reports. That’s when the young man panicked and jumped into the water.

The Tampa Bay Times reports that it took troopers several minutes to find the man submerged underwater. FHP said the man was unconscious when he was brought to the surface, and troopers administered CPR until paramedics arrived.

FHP reports the man is currently at a nearby hospital in critical but stable condition, and Farley says he hopes to reach out to him soon.