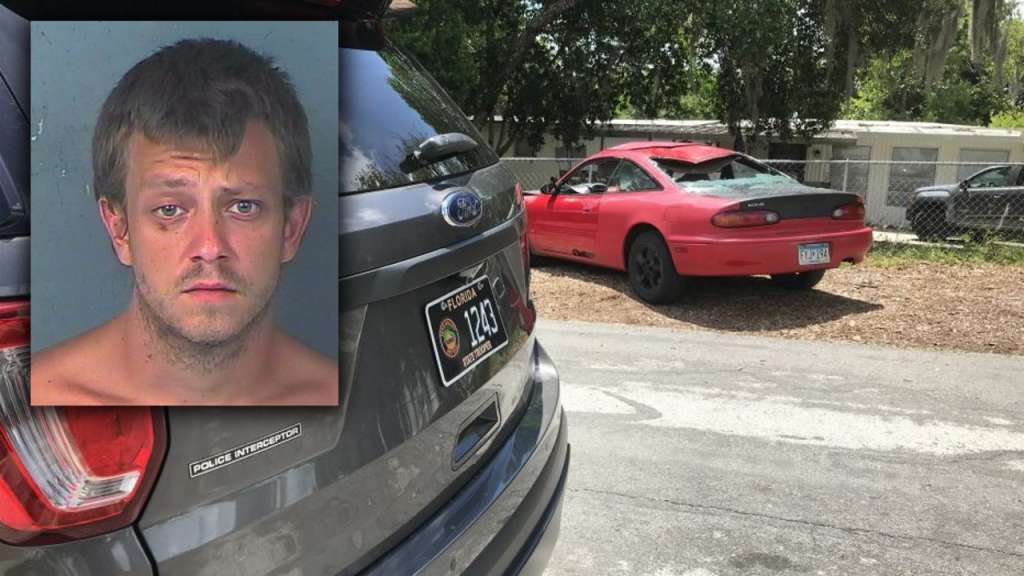 BROOKSVILLE, Fla. (AP) — A Florida man is accused of dragging the body of a pedestrian that he struck with his car, and then leaving most of the body behind a bait shop, the Florida Highway Patrol said.

The 32-year-old victim was walking along a Hernando County road north of Tampa early Sunday morning when he was struck by a car driven by Joseph Charles Strickland, 28, troopers said.

Strickland kept driving with the body on the car to Dixie Lee Bait shop, where he left it behind the shop before calling his roommates for help pushing his car back to their house, according to a highway patrol statement. He told the roommates that he had hit a deer, and then once he got home, he spray painted over the damage, investigators said.

One of the roommates looked at the car later that morning and called law enforcement. He told investigators he didn’t think the damage was caused by a deer. It was about that time that a human leg was spotted on the side of the road, near where the hit-and-run occurred the night before.

Using a cadaver dog, investigators found the rest of the body behind the bait shop and went to Strickland’s house to question him. He tried to run, but deputies from the Hernando County Sheriff’s Office stopped him, the statement said.

Strickland was arrested on charges including leaving the scene of a crash involving death, tampering with evidence, and having no valid driver license or insurance, the statement. He also was arrested on a warrant from Dakota County, Minnesota, where KSTP-TV reported that the highway patrol said he rolled a car into a ditch while trying to speed away from a trooper and injured his three passengers last year.

It was not immediately known whether Strickland has a lawyer who can speak on his behalf.