Three great white sharks being tracked off the coast of Florida 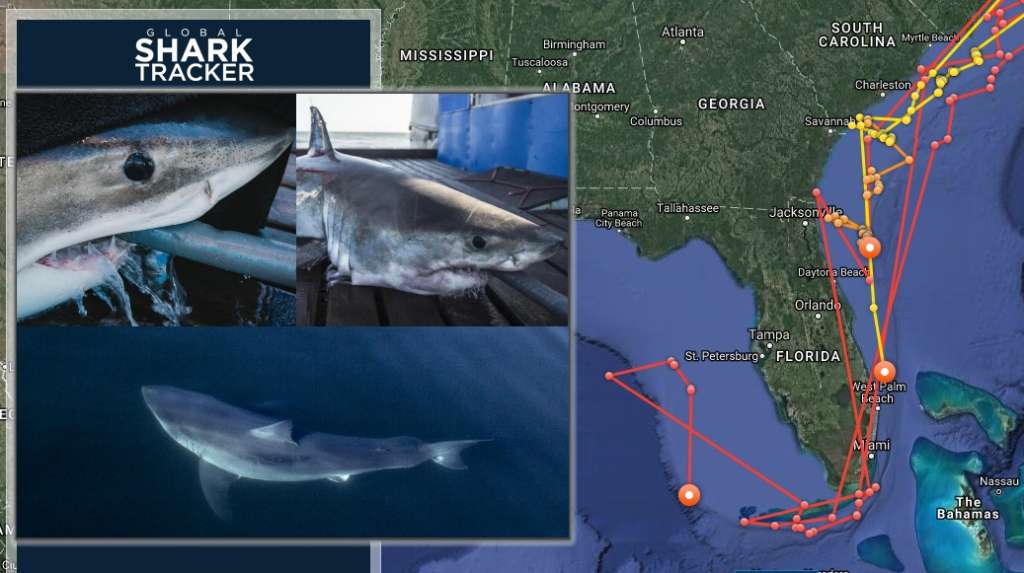 MIAMI (WSVN) - Just a week after a great white shark’s tracker pinged off Florida’s west coast, several other sharks have decided to seek out milder temperatures for the winter.

Savannah was first tagged in South Carolina last March and has since been tracked swimming up and down the East Coast. Prior to Tuesday’s ping, Savannah’s tracker last picked her up off the coast of Cape Canaveral on New Year’s Day.

Miss Costa, the great white previously spotted off the coast of Tampa last week, has since moved south, most recently pinging Monday morning to the west of Key West and Dry Tortugas National Park.

They aren’t the only (tagged) sharks hanging out near the Sunshine State. A 9-foot long, 702-pound great white named “George” pinged in the same area as Miss Costa on Monday morning, to the west of Dry Tortugas.

OCEARCH is a non-profit that focuses on tracking and researching marine species, including dozens of sharks. The tags used to track their movements send a signal when their dorsal fins break the surface of the ocean’s waters.

To track all of the sharks’ movements, visit OCEARCH’s website.