‘This is war’: Florida sheriff urges citizens to arm themselves in case of attack 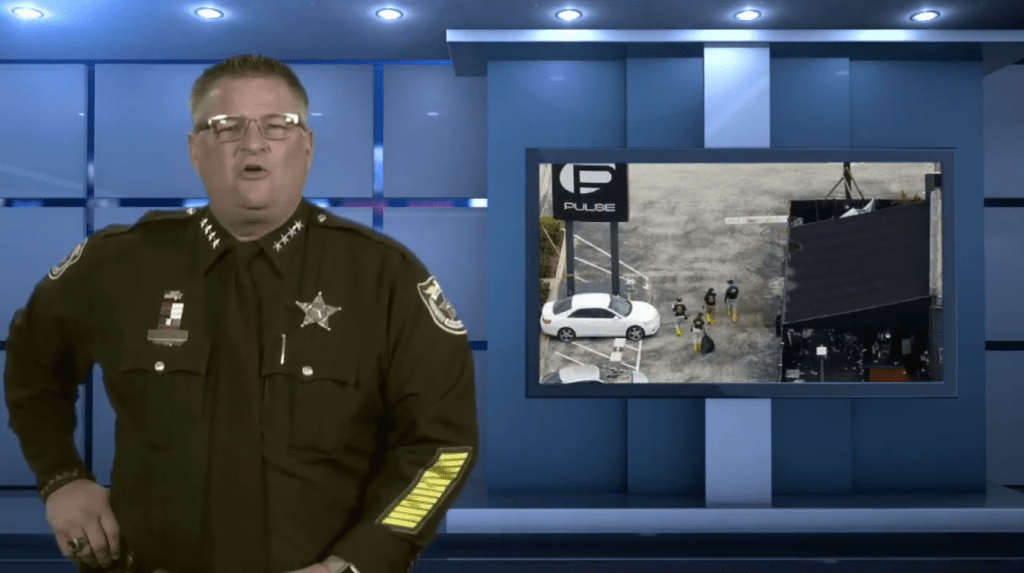 “Folks, now more than ever is the time for our citizens to be prepared to serve as the first line of defense, not only for them, but for their families,” Sheriff Ivey said.

As images of the Fort Lauderdale airport shooting and Pulse nightclub massacre flashed on-screen, Ivey warned residents that attacks have happened locally as well as abroad.

“What’s next is to fully understand that this is war, and you better be prepared to wage war to protect you, your family, and those around you if attacked,” he said.

Ivey stressed that attackers rely on people running, hiding, and waiting for help, rather than fighting back.

“What they don’t count on is being attacked themselves, having to become defensive to save their own lives,” Ivey argued.

The sheriff said that calling 911 means officers are on their way, but said, “Until they arrive, it’s up to you and those with you to neutralize or eliminate the threat.”

Ivey encouraged people to take self-defense classes, and urged those with concealed weapons permits to carry their guns with them at all times.

“No matter who you are or what your position is on guns, there’s no denying the fact that the only thing that stops a bad guy with a gun or a knife is an armed and well-prepared citizen or law enforcement officer,” Ivey said.

The sheriff’s message received a mixed response. Some residents applauded his stance while others criticized it, calling it “fear-mongering” and encouraging vigilantes.

Ivey’s message is at odds with some others in law enforcement, who argue that more citizens carrying guns exposes officers to more dangerous situations, and could prevent them from doing their jobs safely.

Leonard Papania, the police chief in Gulfport, Mississippi, spoke out against weakening gun regulations to the New York Times, saying, “Do you want every incident on your street to escalate to acts of gun violence?”