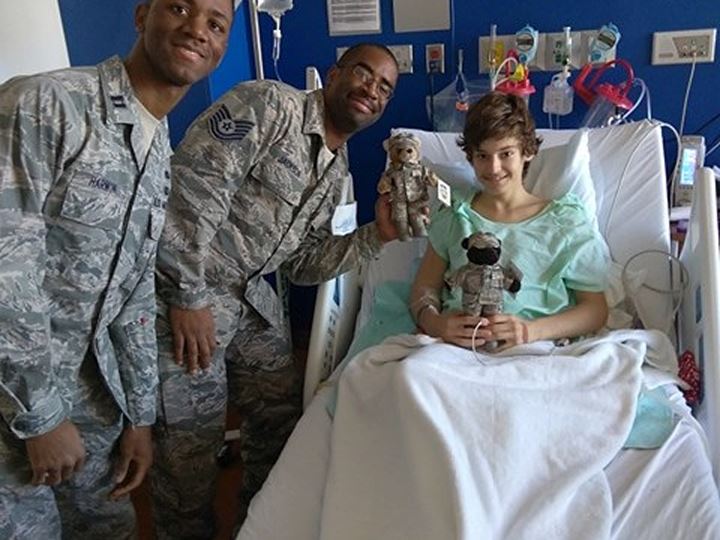 TAMPA, Fla. (AP/WSVN) — A Florida teen who was initially diagnosed with the flu is now being treated for cancer.

WFTS news reported this week that 16-year-old Hunter Brady is undergoing rounds of chemotherapy at a Tampa children’s hospital as he fights stage 4 Hodgkin’s lymphoma.

The teen started to feel weak in November, and Brady’s pediatrician told him it was most likely the flu.

“I just kept sweating a lot, like night sweats,” Hunter told WFTS. “As it carried on, I felt worse.”

But his family rushed him to the emergency room several weeks later when he was having trouble breathing. Brady’s mother, Cheryl Brady, says his right lung was collapsed and his left lung was 30 percent collapsed.

Brady was finally diagnosed with cancer after a barrage of tests in January. He had a blood transfusion, a bone marrow biopsy and surgeries to drain the fluid from his lungs and heart.

However, in the midst of treatment, Hunter’s mother took to Facebook to describe how her son became the subject of bullying.

“Hunter was bullied on Instagram and was told he deserved cancer. His cousin was bullied at school for shaving his head to support Hunter,” she said.

We have the best support team we could ever ask for! After having Hunter on the 102.5 radio station, now Ronnie and I…

“I really didn’t care what he said,” Brady said. “He doesn’t know how it feels. So, when he does, he’ll realize and then he’ll feel bad. I hope he does feel bad.”

The bullying also failed to stop friends and family from supporting Brady through his recovery.

Family members have set up a YouCaring page to help with Brady’s medical expenses.