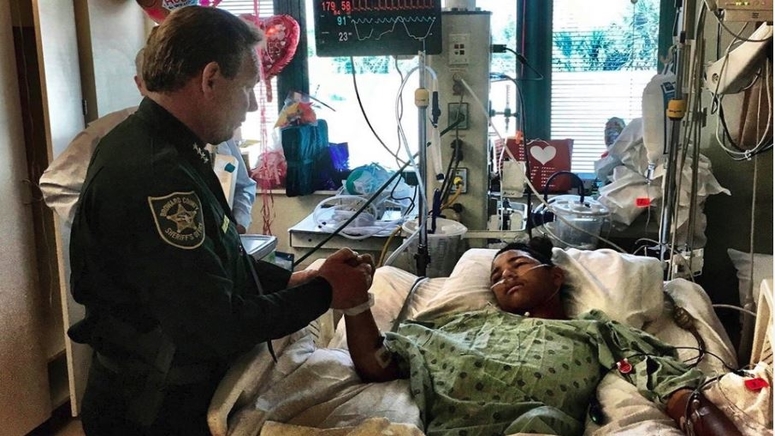 PARKLAND, FLA. (WSVN) - A survivor of the shooting at Marjory Stoneman Douglas High School has been placed in a medically-induced coma due to an infection.

Fifteen-year-old Anthony Borges is now recovering after doctors found an infection in his intestinal tract and had to perform unscheduled surgery to remove a section of the intestines, according to his attorney.

Please continue prayers for Anthony🙏🏼🙏🏼🙏🏼 It appears that he took a turn turn for the worst today and is back in ICU on a ventilator. He had an emergency surgery today and another scheduled for tomorrow!🙏🏼🙏🏼🙏🏼He needs lots of prayers❣️💯🙏🏼🙏🏼🙏🏼🙏🏼

Despite the setback, doctors said Borges’ prognosis is good, according to Borges’ attorney.

Borges was shot five times in both his legs and his back while attempting to close and lock a classroom door during the Feb. 14 shooting.

Seventeen people were killed and 14 others were injured in the shooting.

“The failure of Broward County Public Schools and of the Principal and School Resource Officer to adequately protect students, and in particular our client, from life-threatening harm were unreasonable, callous and negligent,” his attorney said.