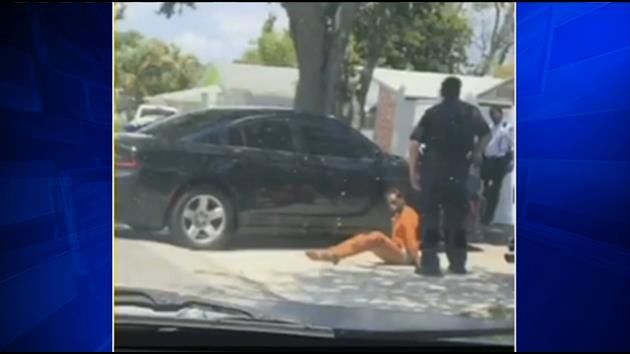 He appeared in bond court, Friday, where he has been charged with a slew of charges, including possession of a weapon by a convicted felon, possession of cannabis and fleeing from officers.

A video posted on Twitter appeared to show police taking Black, whose real name is Dieuson Octave, into custody.

Detectives said he hit the gas when police officers tried to pull him over and that his car was involved in a drug deal.

After the chase, officers said, they caught him trying to hide a gun in a dumpster.