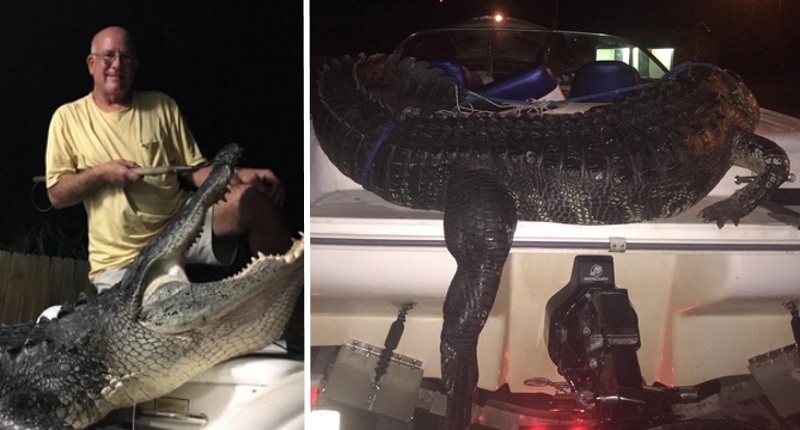 (WSVN) - A South Florida resident caught a massive gator on Lake Okeechobee as part of the state’s annual alligator hunt.

Jim Howard spotted the 12-foot gator while out on the lake last week with his neighbors, saying the reptile took the bait after about 30 minutes.

It ended up being an hour-and-a-half-long fight, with the gator even dragging the boat through the water at one point, before they managed to haul it in.

The Florida Fish and Wildlife Conservation Commission holds an annual alligator harvest to help manage the animal’s population in the state.

More than 7,500 permits have been issued by FWC for their Statewide Alligator Harvest Program, which began Aug. 15 and runs until Nov. 1.

FWC says alligators are a conservation success story. They were originally included on the federal endangered species list in 1967 but were removed 20 years later thanks to conservation efforts.

Florida now has an estimated 1.3 million alligators, and officials said their statewide harvest program is one way the state manages the species’ population in a sustainable way.