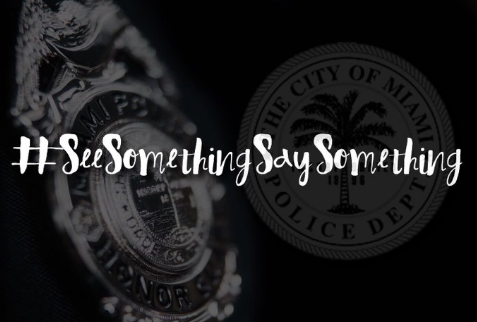 MIAMI (WSVN) - A mass shooting at an Orlando gay club that left 50 dead and 50 injured has drawn out saddened and heart-felt responses from members of the South Florida community.

Miami-Dade Mayor Carlos Gimenez released a statement saying, “The thoughts and prayers of Miami-Dade County residents are with the victims and families in Orlando during this very difficult time. It is important that Miami-Dade residents and visitors contact the Miami-Dade Police Department if they have information regarding potential criminal activity in our county. If you see something, say something and contact law enforcement. We must all work together to ensure that our community remains safe.”

Other public figures also tweeted out their sorrow.  Miami-Dade Schools Superintendent Alberto Carvalho tweeted out an image of a rose and said the Miami-Dade County Public School System is ready to deploy  a Crisis Intervention Team to assist in the aftermath.

.@MDCPS is ready to deploy Crisis Intervention Team to assist in aftermath of worst mass shooting in U.S. history. pic.twitter.com/2KLMyopkQ1

Our prayers are with those injured and killed early this morning in horrifying act of terror in Orlando.

Miami-Dade Police took to social media to voice their support for the victims in Orlando.

Our thoughts and prayers remain with @CityofOrlando @OrangeCoFL in the aftermath of this morning's tragic attack. https://t.co/Ik6JPD1FZw

City of Miami Police tweeted their prayers for Orlando, along with their intentions of being more vigilant when it comes to protecting locations frequented by the LGBT community.

As a precaution, @MiamiPD will be more vigilant of locations frequented by our #LGBT community. pic.twitter.com/pVkbUnAcvU

Law enforcement officials aren’t the only ones who voiced their support. Local sports teams also took to social media to give their reactions.

All of us here in Miami are thinking of you in Orlando. #PrayForOrlando.

Our thoughts and prayers are with all those affected by the tragic events in Orlando.

Our thoughts and prayers this morning are with the city of Orlando and all those affected by this tragedy.

We wish to extend our thoughts and deepest sympathies to the victims and their families in Orlando.

The City of Miami Beach is holding a candlelight vigil to honor the victims at SoundScape Park, located at 500 17th Street in Miami Beach, Sunday night. They are also holding a blood drive in front of the venue.

Thanks to all who joined us today for #MBCiclovía! Please join us tonight as we #PrayersForOrlando pic.twitter.com/NQR3BIluAr

The shooting, which left 50 dead and 53 injured,  has also been named the worst shooting in the history of the United States.