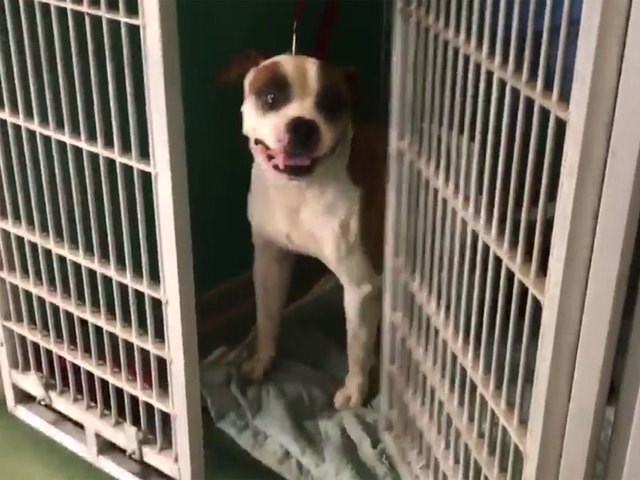 WEST PALM BEACH, FLA. (WSVN) - As Hurricane Irma continues its push toward the Sunshine State, one South Florida animal shelter says some pet owners are doing the unimaginable: abandoning their pets outside ahead of the storm.

Fox 29 reports that Palm Beach County Animal Care and Control has received dozens of calls from residents reporting dogs left behind by their owners, chained to trees and parked cars.

“They are left in a yard, in a pen they cannot escape from or tethered to trees or poles,” said Director of Animal Care Diane Sauve.

The shelter says neighbors have spotted the dogs’ owners evacuating and leaving their pets behind. So far, animal control officers have had to rescue 49 dogs and two cats in the last 48 hours, according to WPTV.

Regardless of weather conditions, it is illegal in Palm Beach County to leave a dog tethered or chained without the owner being present, according to Sauve. But the charge becomes more serious in the face of a potentially-deadly storm: animal control says it is felony animal cruelty.

“It’s deliberate, it’s intentional, and we absolutely will prosecute for this,” Sauve said. “Even a tiny bit of sand can hurt an animal when it’s traveling through 100-plus mph winds.”

The shelter told WPTV that it will work with the State Attorney’s Office to prosecute anyone who abandons their animal.

State Attorney Dave Aronberg said they will go after anyone who left their animals outside to fend for themselves during the storm.

“This is a prime example of animal cruelty,” Aronberg said. “We will find you, and we will prosecute you.”