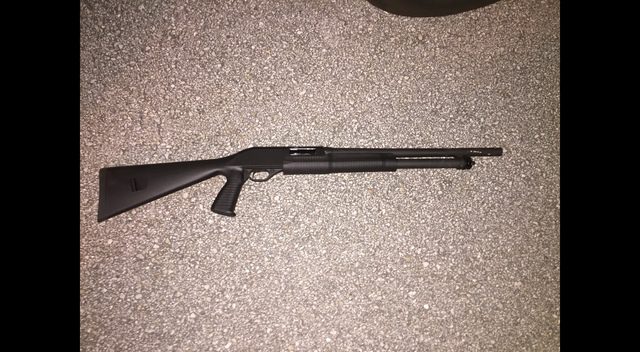 OSCO provided FOX 35 with a photo of the shotgun that William Charbonneau was holding when he was shot and killed by a deputy.

ORLANDO, Fla. (AP) — Sheriff’s officials in Florida say a deputy fatally shot a suicidal man who refused to follow orders during a brief confrontation in a backyard near Orlando.

The shooting happened Wednesday night after deputies stopped a man for driving recklessly.

Orange County Sheriff’s spokesman Jeff Williamson said in a news release that the man said he was on his way to check on a family member who was planning to commit suicide. Deputies Rickard Nye, Nathan Alequin and Kathleen Perez-Thomas followed the man to the home.

He let them inside with a key. They found William Charbonneau, who would have turned 44 on Thursday, in the backyard with a shotgun.

The deputies were placed on leave, pending an investigation. The race of the deputies and Charbonneau were not released.

According to FOX35, the Florida Department of Law Enforcement is investigating the shooting.