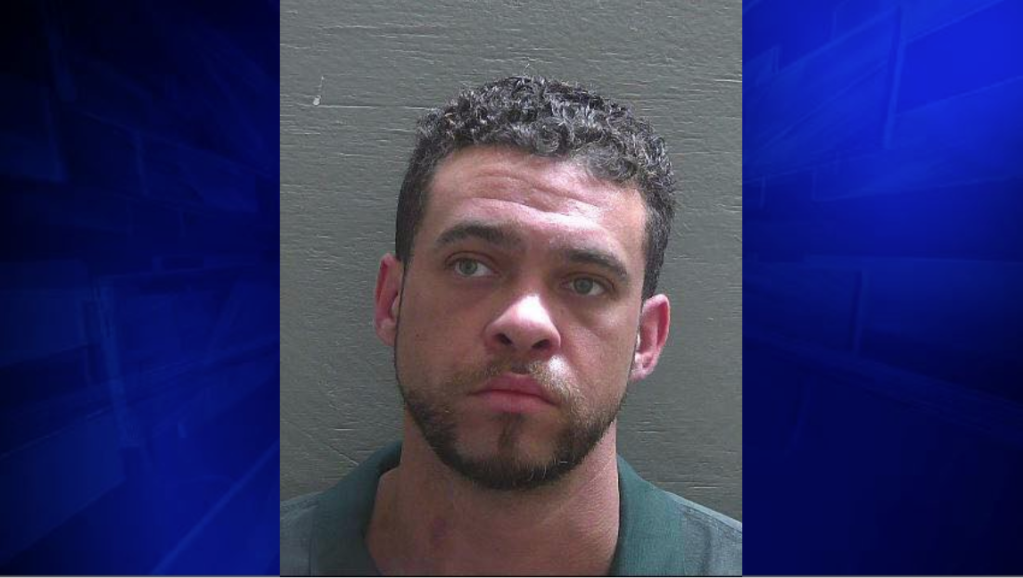 Sheriff David Morgan said they began investigating Celaius after his girlfriend took her 2-year-old daughter to the hospital with what she believed was a ringworm infection.

Doctors there were quickly able to recognize signs of child abuse and notified deputies.

The sheriff added that detectives suspected sexual abuse as well. However, these reports have not been confirmed.

Simmons also said Celaius would shoot the sleeping girl with an airsoft gun.

However, Simmons said one of the more disturbing videos showed the child wearing a dog collar that would shock her.

“You can hear the sounds of the dog collar being activated and then the shrieking and the pain that the child has suffered as a result of this,” Simmons said. “At one point you also see the suspect with a flame; a bit of a torch and you can hear and see the child and the injuries as a result of those things. I’ve been in law enforcement for over 30 years, and when I looked at the evidence that we saw here, me and members of my staff were speechless.”

Deputies believe some of the abuse was captured on video and shared to other people. Additional charges are expected.

Celaius has been charged with multiple counts of child abuse and other crimes. The child’s mother was also arrested, at first. However, deputies said she is cooperating, and they do not believe she was aware of the abuse.